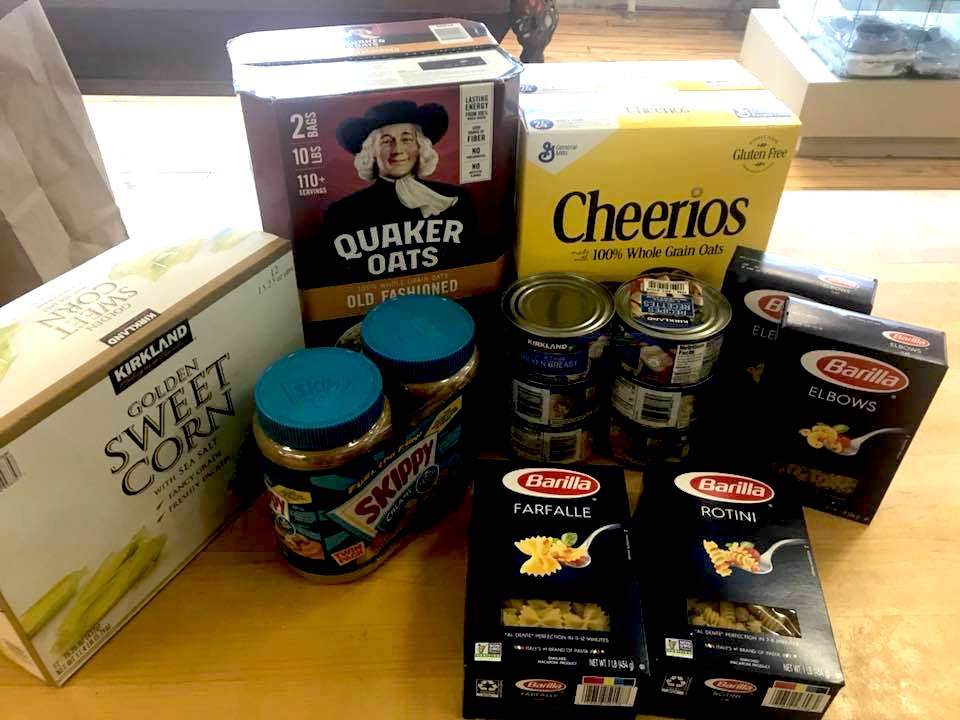 Items collected for the Watertown Community Foundation's food drive in January. The Foundation is organizing another one in the month of October.

The Watertown Community Foundation will once again organize a food drive to collect items for the two food pantries in town at a time when donations are typically down.

Many food drives take place for Thanksgiving or Christmas. The early fall, however, is a time when donations to food pantries dip, said Jan Taylor, one of the organizers of this fall’s food drive, along with Community Foundation board member Lauren Unsworth.

“They said really their biggest need is in October. It is in between school starting and before the holidays,” Taylor said.

The food drive comes on the heels of the Community Foundation’s successful first effort in January, Taylor said, who added that it took place during the federal government shutdown and after the Belmont Food Pantry closed.

“Last year (the food pantries) said they got upwards of double the donations coming in,” Taylor said.

The pantries seek items that are put into boxes which are handed out to users of the food pantry. The items include unopened and unexpired cold cereal, canned tuna, canned fruit, canned tomatoes, pasta, coffee and tea, and many other items (see the complete list on the flyer below).

“People asked if they could give items not on the list,” Taylor said. “The pantries said this is the required kit. The state says what you put in them.”

However, other items will be accepted, Taylor said.

“Lauren and I tapped our networks and some people said, include me this time around,” Taylor said.

For a full list of items wanted by the food pantries, and locations to drop off donations see the flier below. Online donations will be accepted at watertownfoundation.org/donate