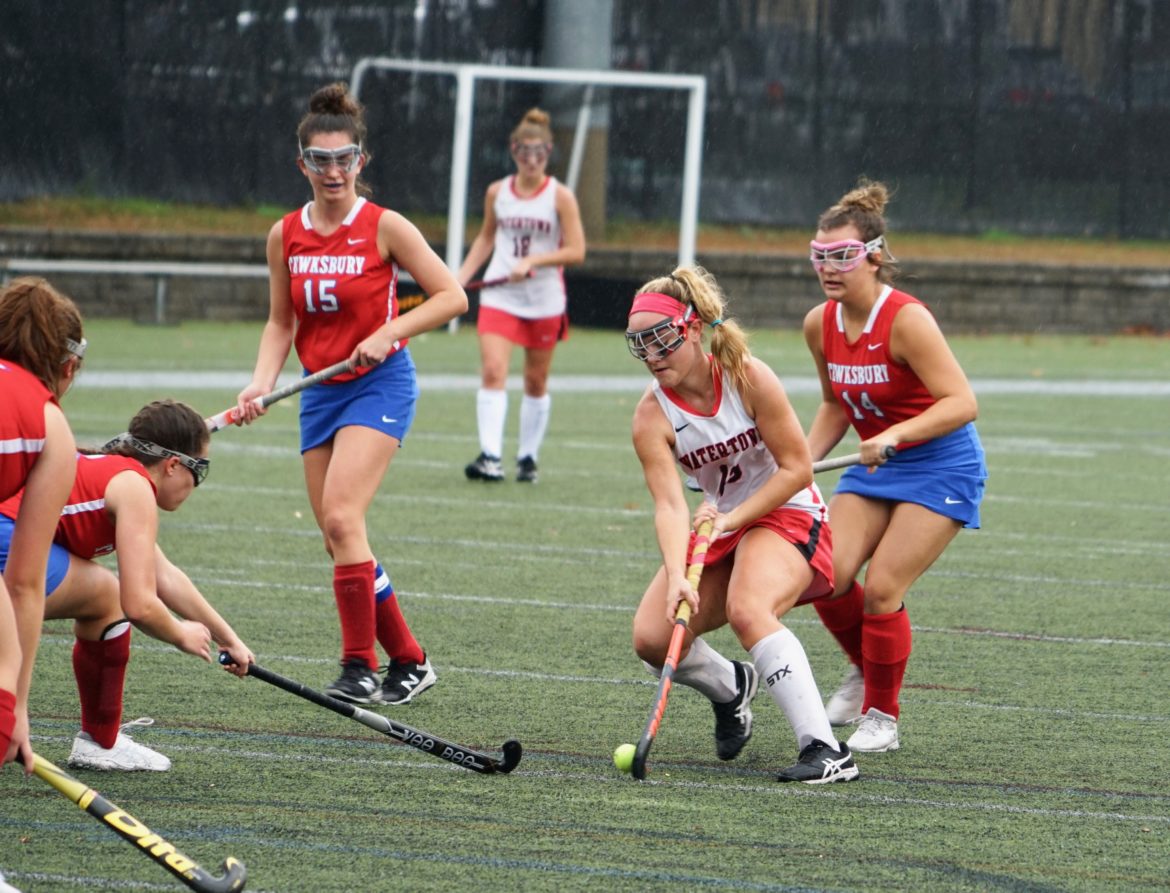 Senior Ally Kennedy scored a hat trick against Tewksbury in the first round of the State Tournament.

Aurise Tattrie scored the first of her two goals 6:53 into the first half, with another helper from Loftus. The visitors called timeout and stopped the scoring for a time.

Kennedy completed her hat trick with 2:34 left in the first half on an unassisted goal. Watertown led 4-0 at halftime.

Following the break, Tattrie scored her second 1:30 into the second half, on a pass from Loftus. Less than three minutes later, Loftus got a goal of her own, with Tattrie providing the assist.

The Raiders stopped attacking the Tewksbury goal after scoring their sixth goal. Meanwhile, Watertown goalie Lainey Andrade did not face any shots during the game, though she did come out of her net to clear a loose ball.

Watertown (17-1) moves onto the North Section quarterfinal against eighth-seeded Wayland (11-5-3). The Warriors beat Wakefield 2-1 on Wednesday. The quarterfinal will be played Saturday, Nov. 2, at Victory Field at 2:30 p.m.