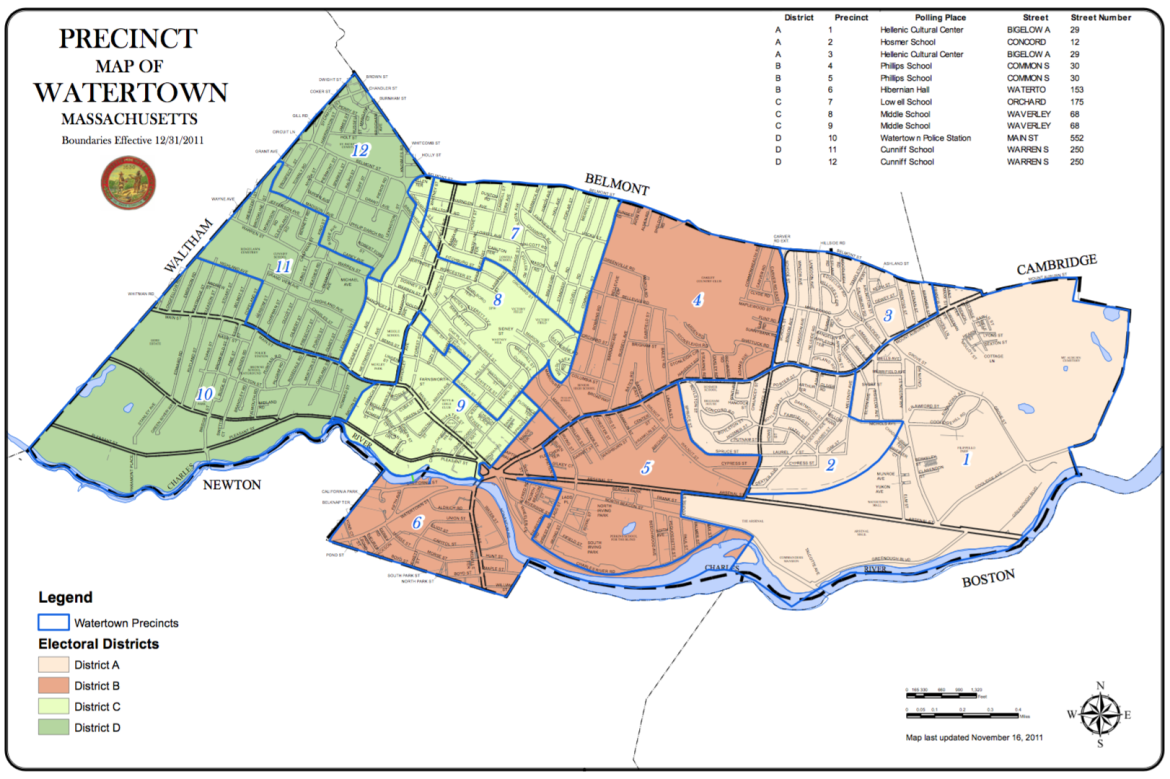 A map of Watertown's Districts: Peach is A, Red is B, Lime Green is C, Green is D.

The winning candidates in Watertown’s race for Town Councilor At-Large topped the voting in each precinct, but they split who won each of the town’s 12 precincts. See that and where other candidates fared best in the 2019 Town Election.

Fourth place candidate John Gannon, who got the final spot on the Town Council, came in fourth in eight precincts, but finished third in three (Pcts. 10, 11 and 12). His highest vote in a single precinct was 232 in Precinct 10.

Among the other candidates, Clyde Younger had the highest single precinct total, with 174 in Precinct 10. He also got triple digits in Precincts 7 and 8. His best showing was in Precinct 10, where he place fourth.

Michelle Cokonougher’s best precinct for vote totals was Precinct 5 where she got 101 votes. She came in fifth place in four precincts — 1, 3, 4 and 5.