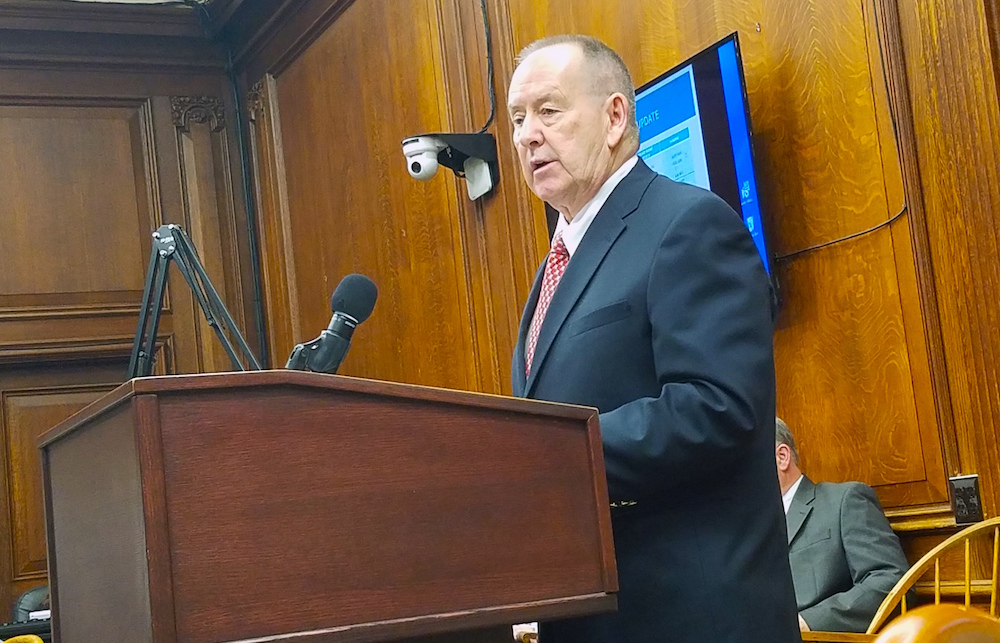 Watertown Town Manager Michael Driscoll will be getting a raise after the Town Council approved his pay hike following a recent job evaluation.

When determining the new salary, a review of other Watertown public employees was conducted, as well as the salaries of other communities with Town Managers, Sideris said. Driscoll’s salary before the increase was seventh highest of the 12 Town Managers. The new one moves him up to sixth. Driscoll, who is in his 27th year in the position, is the longest serving of the Town Managers surveyed. He has been working for the Town for 43 years.

Councilors unanimously supported the ordinance that raised Driscoll’s salary, with many pointing to the great financial position that he has helped put the Town into. Some, however, had some qualms because his contract lapsed several years ago.

“Having served as a Councilor At-Large for 13 years, I always though the Manager was a very hard and diligent worker,” Sideris said. “Since becoming Council President in January 2010, and working closer with Mr. Driscoll, I am impressed with the way he runs our Town.”

Sideris noted that Driscoll helped guide Watertown through the Recession of the late 2000s without having to pass a Prop. 2 1/2 override, along with gaining the Town a AAA bond rating from Standard & Poor’s Rating Service. Also, he applauded Driscoll’s plan to pay down Watertown’s retirement benefit deficit and the Other Post Employment Benefits (OPEB) deficit much quicker than other communities.

District D Councilor Ken Woodland added that the Town is paying for building two new elementary schools and significantly renovating another without going for a debt exclusion override that would increase taxes. The money is coming from the money that has been going to pay down the retirement deficit.

“I’m not sure people realize how fortunate we are to be in this position,” Woodland said. “It is not like this in other cities and towns. … It is happening because the Manager has been meticulous, and has put us in a situation to do this.”

District A Councilor Angeline Kounelis said in 2014 she brought up the fact that Driscoll was working with an expired contract, and the process to start negotiating another one began in 2018 but has not yet been completed.

“I toyed with the notion of not supporting the ordinance, but I will support it with the understanding that the contract will be forthcoming,” Kounelis said.

District B Councilor Lisa Feltner said she is glad to hear a new agreement will be coming soon.

Sideris said he takes responsibility for the Town Manager’s contract not being farther along. He noted added that the town is not in jeopardy of having the Town Manager leave.

Councilor At-Large Susan Falkoff made a motion to have the Town Council consider a successor agreement to Driscoll’s last contract by Feb. 28, 2020. The Council unanimously approved the motion.

Each Town Councilor rated Driscoll’s job performance in a range of areas. The evaluations were used in part to decide the salary increase.

On other areas he received the following scores:

Councilors also provided some comments in the evaluation. Here is a summary of the comments:

Many councilors mentioned Driscoll is well informed and responsive to the Council’s questions and requests (particularly the budget guidelines). Others said that he sometimes provides materials for the Council meeting “at the 11th hour” which can make it tough to prepare to discuss the issue.

Some praised his relationship with the Watertown Public Schools. One councilor complained that he sometimes is not timely in responding to resident questions, making it appear the town is not responsive.

Driscoll has done a good job delegating to his department heads, councilors said, while one said that the job has grown more complex and he should have a full time assistant town manager.

Multiple councilors praised his financial management, and one said it was Driscoll’s strongest asset.

One councilor said Driscoll should make more of an effort to attend more public events.

View the details of the Town Manager’s performance evaluations and selected comments (made without attribution) by clicking here.