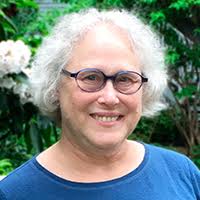 The Town Council bid farewell to a long-serving member, last week. Susan Falkoff leaves the Council after nearly 14 years of service, and the last stretch was a bonus.

It was not that long ago that the Town Council was honoring Falkoff with a proclamation. She received a similar one two years ago when she was finishing her last elected term.

“I told Susan you only get one proclamation, but she is getting two,” Sideris said. “She was kind enough to accept the offer of filling the unexpired term of a former Councilor (Michael Dattoli). She saved us from having an unexpected election.”

Falkoff said that this is actually the third Town Council proclamation she has received. Her first term on the board began in 2004, but she lost her re-election bid in 2006. At that time she received her first proclamation. Two years later Falkoff ran again and won. She remained in office for five more terms, until 2018.

“It is difficult to serve (on the Council), to lose, and come back,” Palomba said. “You did that and from then on we benefitted from that.”

Her colleagues appreciated Falkoff’s sense of humor, but also how she weighed every decision thoughtfully.

Council Vice President Vincent Piccirilli said that Falkoff played a big part in some major decisions in Watertown. He served on the Public Works Committee, which Falkoff chaired when she returned to the Council in 2008.

“She really helped turn the Town around,” Piccirilli said. “Complete Streets, it was not called that then, but she pushed for making the streets for everyone (pedestrians, cyclists, motorists and public transit users).”

She also was part of the Economic Development and Planning Committee that helped create the Regional Mixed Use District (RMUD), Piccirilli said. This zoning change paved the way for the redevelopment of the Arsenal Mall into Arsenal Yards.

Councilor Angeline Kounelis said Falkoff’s humor was always appreciated and from the heart.

“Susan, thank you for being Susan,” Kounelis said. “You always bring a smile to our faces.”

“The Town lucked out by getting Susan back,” Bays said. “She is a close friend and someone to turn to when I had questions. It was wonderful to have you help me through this journey.”

Councilor Lisa Feltner said it was nice having “her buddy” on the Council, and appreciated Falkoff’s eye for grammar when putting together new ordinances or regulations. Falkoff also made people the priority when making decisions.

Town Manager Michael Driscoll noted that Falkoff service to the Town of Watertown began well before joining the Council. She served on the Conservation Commission, the U.S. Army Arsenal Reuse Committee, the Open Space Comprehensive Plan Update, and was on the Multi Service Center Board of Directors.

2 thoughts on “Town Councilor Finished Encore, Served for More Than a Dozen Years”