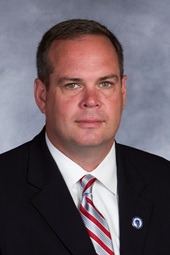 Watertown State Rep. John Lawn is lead co-sponsor for a bill that would call for the state to mail absentee ballots to all voters, would require towns to take safety precautions during early voting and extends the deadline for accepting absentee ballots.

The bill, HD.5075, is called “An Act ensuring safe and participatory 2020 state elections in response to COVID-19.” Lawn, who is co-chair of the the Joint Committee on Election Laws, filed the bill with Second Assistant Majority Leader Rep. Michal Moran, of Boston, on Wednesday.

In an announcement about the bill from Common Cause Massachusetts, Lawn said:

“COVID-19 presents an unprecedented challenge to our election administration. I look forward to working together with advocates and my colleagues to ensure that all Massachusetts voters have the ability to express their freedom to vote this election cycle. This Bill will provide for options to vote by mail, expand early voting and also provide the opportunity to vote at their local polling locations. We will also work to provide election day workers and voters to do this in the safest environment possible.”

Under the bill, the Secretary of State will mail absentee ballots to all voters at their registered home address. Postage would be pre-paid for the return envelope for the ballots.

The bill also calls for city or town clerk of each community to provide a secure, locked dropbox outside the building where the clerk’s office is located where voters can return the absentee ballots. The ballots will be mailed out in all the languages required by the state. The Secretary of State would also be required to create and internet portal where people can register to get an absentee ballot.

The bill proposes that voters who do not receive a ballot from the Secretary of State can still apply for an absentee ballot from the city or town clerk, as they would normally.

For early voting, the bill calls for a set of regulations to be created to assure safety of voters and poll workers during early voting.

The bill reads: “The state secretary, after consulting the department of public health, shall adopt regulations requiring public health safeguards at early voting sites and polling places, including required distancing of voters and election officers, frequent use of sanitizers, appropriate clothing, and use of marking pens.”

For the Nov. 3 election only, the bill changes the rules for accepting absentee ballots. Normally, ballots must be received by the time polls close on election day. The bill calls for accepting ballots until Nov. 13, as long as they are mailed by Nov. 3.

Normally, absentee ballots are scanned in at the polling places on election day. The bill would allow clerks to scan them in at any time at the clerk’s office.

Another part of the bill would allow clerks to have just one voter list at a polling location, so that people do not have to both check in and check out after voting.

See the text of the bill by clicking here.

The filing of the bill is just the first step in the Legislature’s long process before it can become a law. Bills in the Mass. Legislature must first be considered and recommended by a joint committee. Then it must go through three readings, during which it goes to committees of the House and the Senate, where the bill is debated and can be amended. If successful the bill then goes to a joint committee of both chambers where differences in the House and Senate versions are discussed. A version agreeable to both sides is approved and, finally, the governor must sign the bill to make it a law.