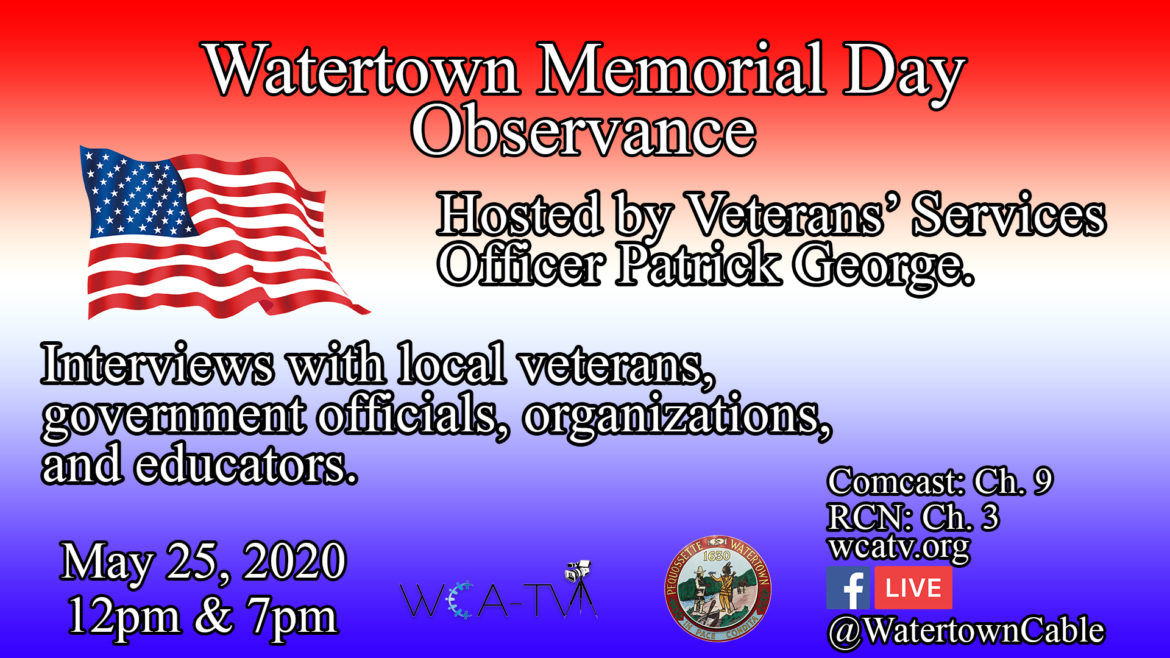 The COVID-19 restrictions has cancelled the 2020 Watertown Memorial Day Parade, but the Town’s Veterans Agent and Watertown Cable are teaming up to broadcast a live ceremony on Monday.

After the parade each year, a ceremony is held next to Town Hall. Veterans Agent Patrick George said he wanted to hold something like that this year, and teamed up with Watertown Cable to put on the live broadcast at noon on Monday, May 25.

The featured speaker will be Watertown-native Lt. Col. Stephanie Cooper. She was promoted to her current (which is two ranks below general) at a ceremony at Fenway Park in 2019.

The broadcast will also include interviews with Watertown Veterans put together by George and Watertown Cable News Producer Dan Hogan.

Watch the Memorial Day program live at noon on Monday on Comcast Channel 9, RCN Channel 3 or online at WCATV.org or the Watertown Cable Facebook page. It will be repeated at 7 p.m. on cable and will be available to stream on the Watertown Cable website afterward.

See more about the broadcast in the video below:

Another Memorial Day week tradition in Watertown is the laying of wreaths at memorials and placing of flags at graves of veterans.

“I expect to see some delays with wreath laying, due to delays in shipments and other items nationally, but they will placed ASAP,” George said. “Flags will be done by the Veterans Organizations. We didn’t solicit volunteers this year in order to observe public health guidelines for the limited size of gatherings.”