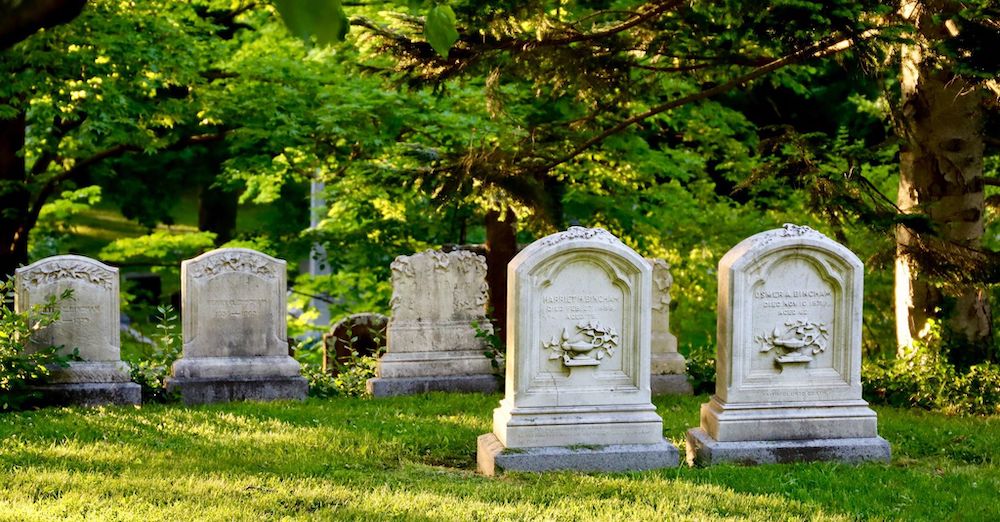 Two of the largest cemeteries in Watertown saw a huge increase in the number of burials during the height of the COVID-19 outbreak in Massachusetts.

At the Town-operated Ridgelawn Cemetery, the number of burials almost doubled compared to a year ago, according to Jesse Myott, Department of Public Works Director of Administration & Finance.

“The last few months we have seen a significant increase in — not to be cold, but — cemetery operations,” Myott told the Town Council last week. “It is nothing like anything that any of our senior staff has ever seen, and we have a number of 10 and 20 year veterans. We have just been overwhelmed with what’s been going on with the cemetery as a result of the COVID-19 pandemic, and what that has caused.”

From February through June 2020, there were 72 burials at Ridgelawn Cemetery, compared to 37 during those same months in 2019, according to data provided by the DPW. During the same period in 2018, there were 47 burials at the cemetery.

At Mount Auburn Cemetery, too, the numbers of burials jumped significantly, according to Bree Harvey, Vice President of Cemetery & Visitor Services.

“We, too, saw an increase in cemetery activity which matches the spike in COVID-related deaths for the region,” Harvey said. “Because we have a crematorium, we not only saw this increase in burial activity, but also with the number of cremations we were performing.”

Before COVID-19, the number of casket burials had been gradually decreasing for the last 5 to 10 years.

“To see this dramatic increase is going against the national and regional trends,” Harvey said.

The increase in burials occurred over about a month-and-a-half at Mount Auburn, Harvey said, and in June they returned to around the number projected by the cemetery.

“The largest spike was in April,” Harvey said. “We definitely had a much higher than average month in May. The numbers did subside, but there was six weeks of intense burial activity.”

The Town-owned cemeteries are not limited to Watertown residents. Only Watertown residents can purchase a plot at Ridgelawn Cemetery. Non-residents who previously purchased a plot can be buried for an additional $200. Auburn Cemetery draws from a wide area, but Harvey said that Watertown and Cambridge make up a large portion of those purchasing burial locations, followed by Belmont.

The cemeteries staffs were stressed by the increase in activity. Eventually, Mount Auburn Cemetery stopped the cremation interments due to the increase of burials, Harvey said.

“We wanted to make sure have the staff available to do the casket burials did stop at the end of March,” Harvey said.

On the Town-side, Town Councilor Lisa Feltner asked whether more overtime was needed by the DPW to handle the increased workload. Myott said the department was able to cope with the demand, and used some people assigned to other divisions of the DPW to assist.

Burial services are being held with social distancing restrictions limiting the number of people who can attend. Mount Auburn Cemetery had been closed to the general public, but allowed family members to visit during certain times, Harvey said.

“As of July, we have gradually been opening the gates for more time, for families and the general public,” Harvey said. “We are now back to a typical schedule.”

For burials of those who have cremated, Harvey said that some people seem to be waiting to hold services.

“Our assumption is we will see cremation burials be lower and remain lower this year, because people may wait a year or more until a vaccine is available to allow for larger gatherings,” Harvey said.