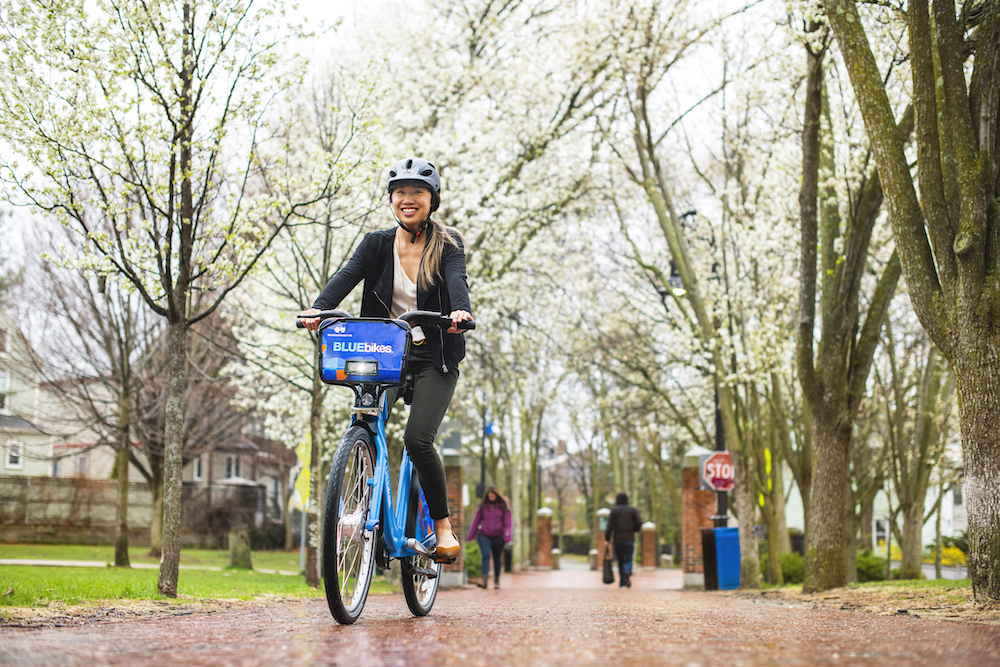 Watertown will be getting seven Bluebike stations, with the first few being installed in early August.

Watertown received more than $200,000 in gifts to establish BlueBike rental stations in town. The move was made so that the Town did not have to own the bicycles or be responsible for the upkeep.

The Town of Watertown received a gift of $224,257.06 worth of items to install six BlueBike Stations with 38 bicycles to be rented. The items were donated by MetroFuture Inc., a non-profit charitable organization, said Town Manager Michael Driscoll.

The gift was just part of the funding for the bicycles. The Town’s contribution was $100,000, with $80,000 coming from a MassDOT Workforce Transportation grant and $20,000 paid from the TNC (transportation network company) funds. TNC funds are paid by ride-share companies such as Uber and Lyft to operate in Massachusetts.

Watertown is one of several communities where BlueBikes, which is owned by Lyft, is expanding, said Assistant Town Manager Steve Magoon. The program is being done in conjunction with the Metropolitan Area Planning Council (MAPC).

“MAPC will receive the equipment, then give that to us,” Magoon said. “We will accept the gift, which we are doing (at Tuesday’s meeting), and then lease that to Motivate [which is owned by Lyft] to operate the system. The issue is with us not wanting to own the equipment. This is a way around it and make the system works and get the BlueBikes in the community.”

Magoon said there will actually be seven BlueBike dock stations, three on public property and four on private property.

“They are working on agreements for stations that will be established on private property,” Magoon said. “The ones on public property have already been received and installed.”

The Watertown Bluebike stations will be at:

Councilor Angeline Kounelis asked whether $100,000 would be sufficient for the system to run in Watertown, including if one of the stations was not successful and needed to be moved to another location. Magoon said that the money would be enough, and some of the Town’s TNC funds would be set aside for things such as moving stations.

Councilor Caroline Bays asked who is responsible if bikes are damaged or stolen. Also, whether the Town would be liable if there is a problem and someone sues.

Magoon said that Motivate would be responsible for repairs and replacing bikes.

Town Attorney Mark Reich said that the agreement to bring BlueBikes calls for Motivate to hold the insurance for the BlueBikes and would be liable.

“(In the agreement) Motivate agrees to defend, indemnify and hold harmless the Town,” Reich said.

Councilor John Gannon was concerned whether people would be reminded to wear helmets when riding a BlueBike. He made a motion to have signs installed saying that riders need to ride helmets.

The Council unanimously approved the amendment for the helmet sign, and to accept the gift of the BlueBikes.

8 thoughts on “Watertown Receives a Gift of BlueBike Stations”