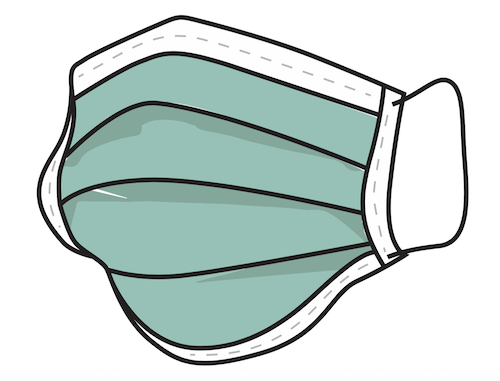 Watertown had one of the strictest face covering requirements in response to the COVID-19 outbreak, but on Wednesday the Board of Health voted to bring Watertown’s rules in line with those set by Massachusetts officials.

The main difference between Watertown’s rules and the state’s was that people over age 5 had to wear face coverings everywhere in public, inside and out, in Watertown. The state guidelines have a face covering requirement when outside only when you cannot stay 6 feet or farther apart. People violating Watertown’s order face a possible fine of $300.

Along with changing when face coverings must be worn, the amendment also makes the first violation punishable by a warning, and the second violation could result in a $300 fine. Also, children age 2 to 5 are encouraged to wear a face covering, but it is up to the discretion of the child’s parent or guardian. See the Watertown face coverings order amendment by clicking here.

The Board of Health created the emergency order early in the pandemic, said Health Department Director Larry Ramdin.

“On April 30, the Board of Health passed the face covering order,” Ramdin said. “That was because COVID-19 was spreading rapidly and face coverings were seen as one of the key ways for reducing the rates. And there was no order form the Commonwealth.”

Dr. John Straus, chair of the Board of Health, stressed that Watertown’s emergency face covering order has not been rescinded, but brought in line with the state’s rules.

“If we rescinded our order it would sound like we don’t think it is important,” Straus said.

“It achieves pretty much the same amount of protection, and I think it is probably easier to obtain compliance,” Beck said.

Recreation Director Peter Centola, who participated in the meeting held on Zoom, said that originally he thought that the emergency order would be hard to enforce in Watertown’s parks and playgrounds. Eventually, he said that it was easier because the order was simple — masks must be worn outside in public.

Centola added, however, that he supports the recommendation to align Watertown’s requirements with those of the state.

The change in the mask requirement will also impact Watertown High School sports, Centola said. Under the original order, athletes would have had to wear masks when competing, even if not near any other competitor. This would impact cross country runners, he said. The change means they would only have to wear them when within 6 feet of another athlete.