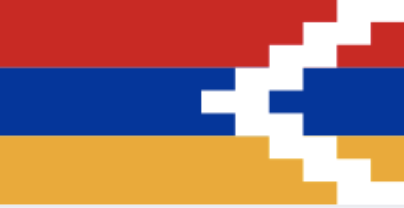 The fighting began Sunday in the area known as Artsakh (formerly Nagorno-Karabakh), an area of mostly ethnic Armenians. The area was placed within the borders of Azerbaijan when it was part of the Soviet Union, but is governed by ethnic Armenians as the Republic of Artsakh.

Tensions have been ongoing for three decades and there was a six-year military conflict from 1988-94, according to the Wall Street Journal.

Clark called out Azerbaijan for violating the ceasefire and called for suspending military aid to Azerbaijan.

Clark sent out the following statement:

“Azerbaijan’s unprovoked and ongoing attacks on Artsakh are reprehensible and must be condemned in the strongest possible terms. These acts of aggression have already claimed the lives of civilians and come just two months after Azerbaijan violated its cease-fire agreements with Armenia by conducting military strikes along their shared border. The United States should suspend all military aid to Azerbaijan and work with the other members of the Minsk Group to restore peace and stability.”

The OSCE Minsk Group was established in 1992 to help bring an end to the conflict. It is co-chaired by the U.S., Russia and France.

The region, in the South Caucuses, lies between Russia and Turkey, and the Azeris have ties with Turkey while Armenia has ties with the Russians, according to Fox News.

The tensions between Azeris and Armenians have been felt outside the region, including locally. In July, at the time of another recent military flareup in Artsakh, a group of Armenian dancers from the Watertown-based Homenetmen Boston Chapter were threatened by a group of Azeris, and one Armenian was attacked and sent to the hospital, according to The Armenian Weekly.

2 thoughts on “Congresswoman Clark Condemns Attacks on Armenians by Azerbaijan”