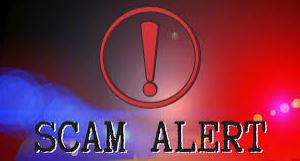 Watertown Police warn residents to beware after two incidents reported by residents who bought magazines from door-to-door sales people who turned out to be scammers.

The two incidents involved three scammers who knocked on doors saying they were selling magazines to raise money. One said it was for the Watertown Boys & Girls Club and the other was for domestic violence shelters but there are no such efforts, said Watertown Police Lt. James O’Connor. He added that incidents were part of a larger scam that has impacted several Metro Boston communities.

At 5:54 p.m. on Nov. 9, a Robbins Road resident reported that a man came to her door and said that he was selling magazines to raise money for the Watertown Boys & Girls Club.

“(The suspect) said he had been in jail for 10 years and was not working but he was working toward getting a job as a truck driver,” O’Connor said.

The man said the magazines would come from Optimum Reading Services out of Florida. The resident wrote a check for $300 for magazines, but later learned it was a scam. She cancelled the check.

The suspect is described as an African-American man with tattoos under his eyes, wearing a white button down shirt, black pants, and a black tie, O’Connor said.

The resident sent $420 using the Venmo online payment service, but later realized it was a scam. The two women were seen getting into a white cargo van and left the area.

“Anyone who solicits door to door in Watertown MUST check in with the police department first. If you are not sure, always call us to confirm the legitimacy of the solicitor,” a WPD announcement about the scams reads.