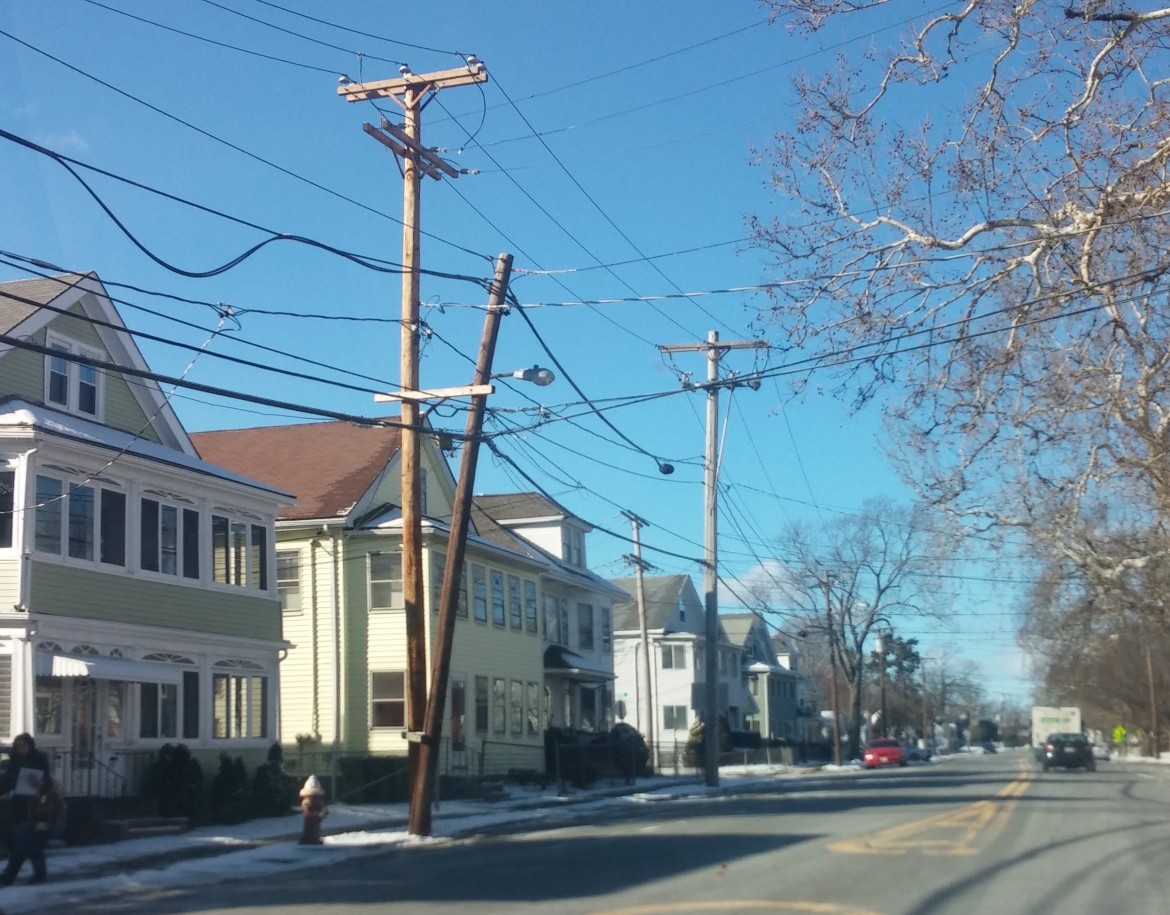 Tired of waiting for Eversource to take action needed to remove double utility poles in Watertown, the Town Council told the utility this week it will not consider requests for Eversource projects in Town until the poles are dealt with.

Every few meetings, a utility comes to the Town Council for approval to do work in Watertown, typically putting in an underground trench for wires. Tuesday, Eversource had two such requests, but one councilor brought up his frustration about the lack of action on removing double poles, particularly one problematic one in his district.

When a new utility pole is installed, the old one is attached to the new one until the wires are transferred to the new one. There is an order for which wires get moved first depending on where they are on the pole, and who owns the poles. About half in Watertown are owned by Eversource Energy (formerly NStar) and half by Verizon.

On Tuesday, Councilor Ken Woodland gave Eversource a warning because he was frustrated by a double pole on Sweets Court, a small side street off Waltham Street.

“Our DPW reached out to Eversource to start this process five months ago and apparently it is not underway, and it seems like we are not getting any good responses,” Woodland said. “Eversource needs to respond. It looks horrible, having one pole hanging off of another pole that was recently installed. It looks like it is going to fall on the house right next to it.”

Other Councilors pointed to other long-term issues with poles in Watertown. Councilor Anthony Donato said there was a street light on North Beacon Street that doesn’t work because it is not getting any power from Eversource. He said it has not been working for about seven years. Councilor Caroline Bays said there is also a leaning double pole located on Morse Street.

“Please be advised that as the person that sets the agendas, until at least these (three) issues are rectified, no Eversource requests will be placed on a Council agenda,” Sideris said.

The Eversource representative said that she would inform her supervisors about the issues in Watertown, and about the Council’s warnings.

The Council approved the two Eversource permits on Tuesday’s agenda: one for replacing more than 240 feet of underground electrical wires on Templeton Parkway, and one for placing 17 feet of electrical wire underground on Belmont Street near Duff Street to hook up to a National Grid Control Box.

The double pole issue is not a new one. In 2016, the Town Council raised the issue with the utilities that have wires on the poles, threatening to deny their requests for permits to do work in town.