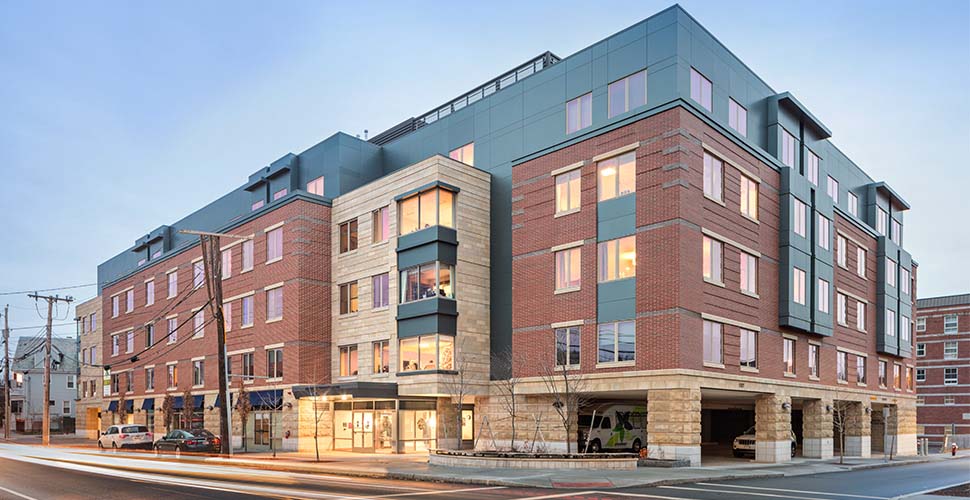 The Residence at Watertown Square.

The residents of a senior living community will be some of the first people in Watertown to receive the COVID-19 vaccine.

The first shots are expected to be given to residents and staff at The Residence at Watertown Square on Jan. 22, 2021, said Ted Doyle, a spokesperson for The Residence, which is part of LCB Senior Living.

“We are really looking forward to it,” Doyle said. “There is a noticeable bounce in everybody’s step with the news (about the vaccine coming).”

The vaccinations will be administered by CVS, Doyle said. The second shot will be given at a later date. The Residence and LCB Senior Living are part of the Argentum senior living national trade association, which formed partnerships with providers of the vaccine.

“In October, we were notified through Argentum that they had established relationships with CVS and Walgreens to coordinate distribution of the vaccine,” Doyle said. “We affiliated with CVS, because we feel it is asolid company. Through that partnership we received the vaccine directly from them.”

Residents of nursing homes and assisted living facilities are in the second group in Massachusetts to get the vaccine, following frontline workers and healthcare workers.

“Our residents are a high risk population, the average age is around 85,” Doyle said.

The residents of the Watertown facility and the other 12 LCB Senior Living facilities in Massachusetts were surveyed about whether they would receive the vaccine. The vast majority who have decided, replied yes — around 99 percent, Doyle said — while there were a number who did not know yet.

“We had a fair amount of people who said they are undecided, especially since we started polling people when started administered in Great Britain, where a couple people had reactions,” Doyle said. “(Since then) a ton of undecided people are rolling up sleeve (to get the vaccination). It has been pretty quiet on the side effect front. It has really been pretty smooth.”

The staff, or associates as they are called at The Residence, has also made sacrifices during the pandemic, Doyle said, balancing taking care of the residents with the needs of their own families.

“It is incredible for them getting to see a light at the end of the tunnel,” Doyle said.

After the initial lockdown prevented any visits by non-essential people, those living at the facility have had limited visitation by family and others. Over the summer, socially-distanced outdoor visitations were allowed, Doyle said, and when Phase 3 of the state’s reopening came indoor visitations were allowed. People had to go directly to the resident’s apartment and leave immediately.