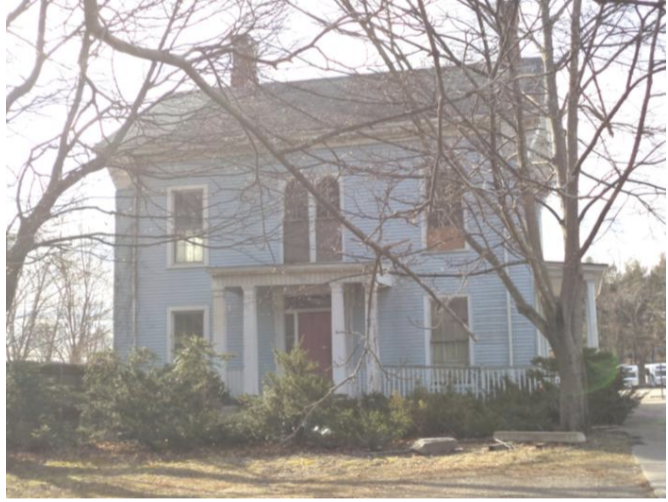 The Shick House is on property owned by the Mount Auburn Cemetery and likely to be sold to Buckingham Browne & Nichols School.

The sale of the land on Grove Street from the Mount Auburn Cemetery to Buckingham Browne & Nichols School closed last week. The Cambridge-based private school plans to build two athletic fields and a field house on the property, which is also the location of the historic Shick House.

The 6-acre property at 183 Grove St. was subdivided, and a small portion includes the piece with historic house. A 12-month demolition delay has been placed on the home, which is named for a prominent Jewish family, which ran a dairy farm there in the early 20th Century.

BB&N has entered into a field sharing agreement with the Town of Watertown where the school will use fields at next door Filippello Park after school and during training camps in August and March. The Town of Watertown and residents will have access to the BB&N’s fields — which will be covered in artificial turf — and the field house in the evenings and on weekends.

The fields will be the subject of a discussion at the Wednesday, Feb. 3 Watertown Conservation Commission meeting. The group will discuss a letter regarding the project. The meeting will be held virtually beginning at 7 p.m. See more info here.

“Both Mount Auburn Cemetery and BB&N are delighted to have completed the sale of a parcel of Mount Auburn Cemetery property on Grove Street to BB&N. We are grateful for the work of the boards and leadership teams of both organizations, who carefully stewarded this transaction to assure that it met the needs of both non-profits and created a positive benefit for the Watertown community.

Under BB&N’s stewardship, this parcel will be used in a way that is respectful of the adjacent Mount Auburn Cemetery. Equally important, BB&N will be able to both create an improved student experience and work collaboratively with Watertown to expand field access for its residents.

We appreciate the support we have received from the community in moving this transaction forward.”

The demolition delay will not impact the playing field project, Price said, because the construction will not begin until the end of the lease of the property to Mount Auburn Hospital, which uses it as a satellite parking lot. The 10-year lease ends on Oct. 31, 2021.

The year-long prohibition of tearing down the Shick House was imposed by the Watertown Historical Commission at its meeting on Jan. 14. The board members said they hope in that time a plan can be found that would save the home.

History of the House

The Shick House dates back to the 1850s, and the first resident was Abner French. It was sold to Joshua Stone, and in 1914 it was purchased by Jacob and Mary Shick. The house remained in the family until 2001. At first they ran a dairy there, but when they needed more space for the cows they moved that to Wayland. There have been other uses of the site, including a car junk yard.

The house is an Italianate style home, and many of the ornate features remain inside the home, including moldings around windows, along the baseboards and on the ceilings; fire place mantles and stained glass windows. Some of the decorative features on the exterior were lost when vinyl siding was installed.

Tara Gohlmann, chief operation officer at BB&N, said that the school’s plans to build two playing fields and a field house do not allow for the house remain on the site.

The school looked at whether the house could be moved on elsewhere on the site, but the plans would not allow that, and the school does not need an additional structure for housing or office space, BB&N officials said at the meeting. The cost of restoring the house is significant, Price said, and the school already had to sell a piece of land in Cambridge to purchase the land.

Officials from BB&N told the Historical Commission that the school restored a home in Cambridge built around the same time that the Shick House, and is now the home of the Head of School. The school, however, would help anyone looking to save it.

“We are happy to donate the house, and work with any individual interested in moving and restoring the house,” Gohlmann said.

Historical Commission member David Russo noted the contrast between the home restored by the school and the Shick House.

“I am really disappointed that BB&N is coming into a meeting here in Watertown, saying to us that a member of its staff is living in a beautifully restored, similar house, and here we are at a demolition hearing talking about how you want to get rid of this house,” Russo said.

Efforts have started to try to find a way to save the house. Bob Bloomberg of the Historical Society of Watertown said he reached out to Historic New England and Preserve Massachusetts, and they experessed some interest in trying to preserve the house.

“I think it is important from the Town’s perspective. This is a very significant historic resource. We will look at any and every opportunity to preserve this house,” Magoon said. “I’ve certainly had conversations with BB&N and Mount Auburn Cemetery as well as representatives of different historic organizations in town. We will certainly commit to looking for every opportunity to preserve the house. Whether that will be fruitful or not, we don’t know.”

Russo said he is happy to hear that the Town is committed to trying to save the home, but said added that the discussions did not begin before the Town and BB&N discussed and signed the field sharing agreement. He said he is disappointed that, if efforts to save the house are not fruitful, that “our Town is ultimately part of its demolition.”

The Commission agreed that the home was historically significant and voted unanimously that it be “preferably preserved.”

“I think it is significant, and think there are some really lovely details that could be preserved, and I’d like to find ways to do that,” said Commissioner Susan Steele.

Then they discussed whether to impose a demolition delay. Chair Elisabeth Loukas said they could do a 6-month delay, up to 12 months, or impose no delay. At the end of the delay, the home can be taken down. She added that if a solution to save the home is found before 12 months, BB&N could come back and ask to shorten the period of the delay.

Historical Commission member Matthew Walter, who was the lone vote against the demolition delay, said he did not just want to impose the delay for a symbolic reason.

“I personally looked into this building many years ago, in terms of trying to save it and perhaps move it, and I don’t think it’s going to happen,” Walter said. “I think that if there was a way it would have been found by now.”

The Commission voted to approve the 12-month demolition delay.