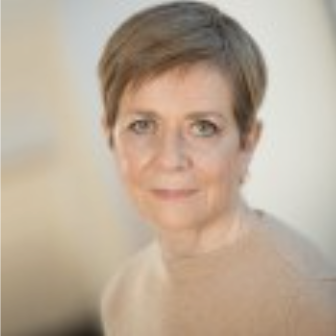 Watertown resident Barbara Beck, a longtime member of the Board of Health, received two recent honors involving her work in toxicology.

Recently she was elected as a fellow of the American Association for the Advancement of Science (AAAS) and was also appointed to serve as vice chair of the Science Advisory Board of the U.S. Environmental Protection Agency (EPA)

Becoming an AAAS fellow was a recognition by Beck’s peers.

“It is really an honor. It doesn’t involve any activities,” Beck said. “It is in recognition of contributions to the field of science. For me it is working in toxicology.”

For more than three decades, Beck has worked at Gradient, a Boston based company, where she uses her expertise in toxicology and health risk assessment for environmental chemical

“The kinds of questions we look at are what types of health effects might a chemical cause, and what amount of a chemical is needed to cause a particular health effect. One important principal of toxicology is ‘the dose makes the poison,'” Beck said, noting that even at high concentrations oxygen can be dangerous to humans and even cause blindness in newborns.

Beck studied biology as an undergraduate, and then got a doctorate in molecular biology and microbiology.

“I realized after receiving my doctorate I really liked applied science,” Beck said. “Toxicology can be very applied. We work on real life problems.”

She got further training in toxicology at Harvard and at the EPA’s New England office.

In the second honor, Beck was named as the vice chair of the EPA’s Science Advisory Board, a board of about 40 members.

“The Board provides expert advice to the EPA,” Beck said. “It can be on a variety of topics that the agency asks for guidance: a proposed regulation, or they could have been working on a guidance document for how to do certain analysis, or proposed research activity.”

In normal times, the board would meet in Washington, D.C., but Beck said due to COVID-19 they have convened remotely over the internet.

Each member provides an expertise, which ranges from economics to statistics to engineering to chemistry to toxicology, basically the areas that form the foundation of the EPA’s core programs, such as air and water quality, and chemicals in soils and waste.

She has much experience serving on a board at the local level. Beck has been a member of the Watertown Board of Health for about 20 years.

“I wanted to keep contributing to the community. My background in toxicology is helpful in that context,” Beck said. “It is also intellectually interesting to see how the members of the Health Department work, their multiple activities. So, it’s always a different topic and issue we are dealing with. Over time, some things we always have to deal with, and there are some issues and topics that are new. It is interesting to see how local government works.”