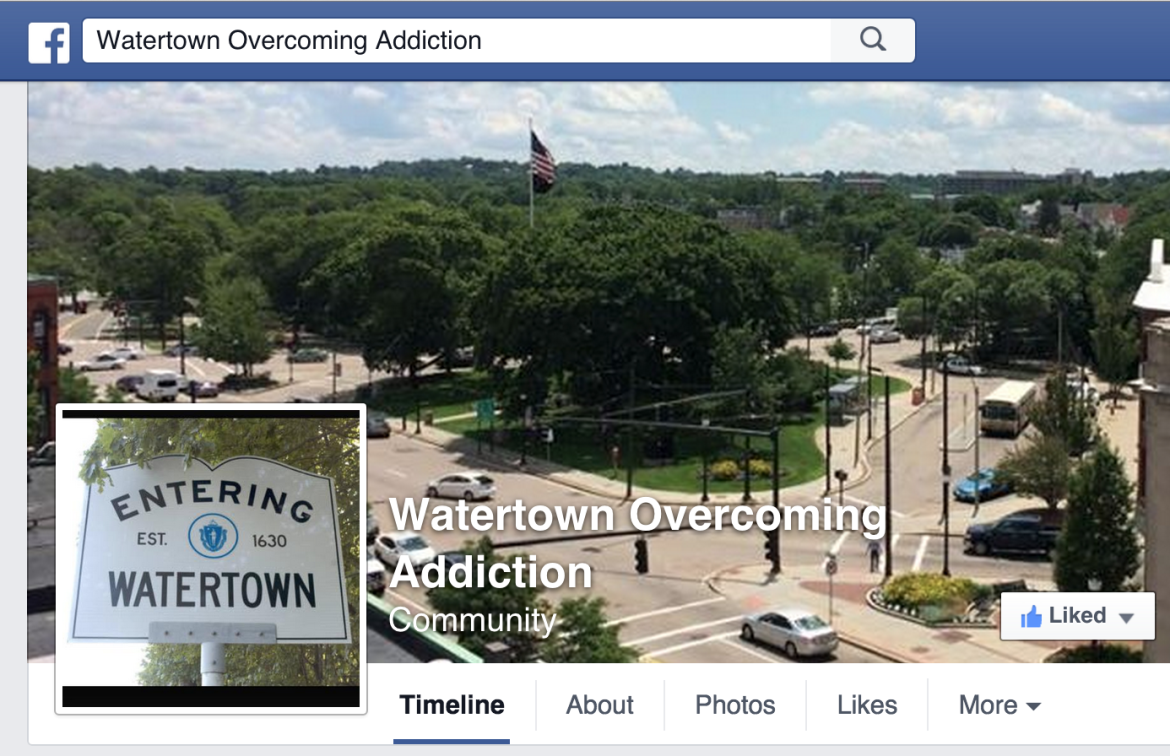 A screenshot of the Watertown Overcoming Addiction Facebook page, one of two started by town residents to help people overcome heroin and opioids. 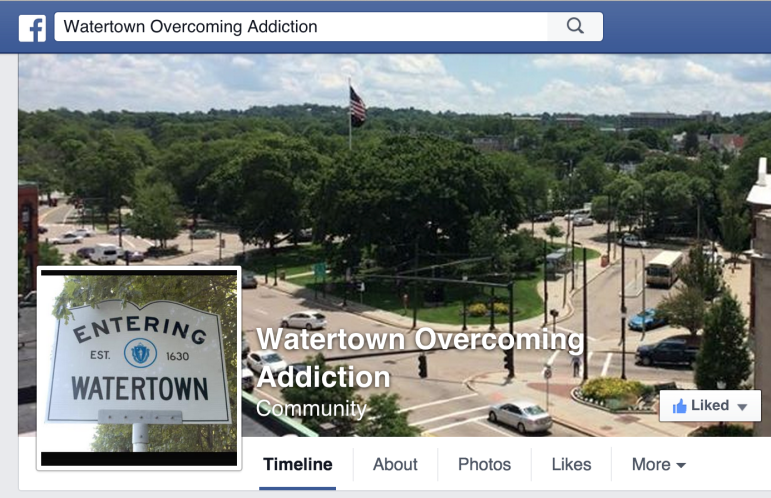 A screenshot of the Watertown Overcoming Addiction Facebook page, one of two started by town residents to help people overcome heroin and opioids.

Overcoming addiction to heroin and other opioids and be a long, frustrating odyssey, but Watertown residents have two places to turn for people who know about the journey to recovery.

Heroin and opiates have become a growing problem in Watertown, with a recent spike of overdoses and deaths due to drugs. Eight people have died so far this year from drug overdoses.

The two groups, both of which have spread the word on Facebook, have different focuses. One aims to help people battling addiction, while the other is a place for the family of addicts to lend support and help.

Having struggled with drugs and addition for 15 years, Pete Airasian said after he wanted to give something back and help people who are battling addiction.

“I know better than anyone that it can happen to anyone,” Airasian said.

He grew up in Watertown, as part of one of the town’s most prominent families. Airasian said he learned from an early age from his father, John, that he should “take care of where you grow up.”

Airasian saw what his addiction did to his family, and he wanted to do what he could so he started the group Watertown Overcoming Addiction. He modeled it on efforts in other towns, including Medford, where groups have formed to battle opiate addiction.

“It is an opportunity to bring information together,” Airasian said. “It is a different place you can go to get information about a difficult situation.”

At the same time, Wendy Morrissey started Watertown Against Substance Abuse which provides support to the family members of addicts. She knows all too well about having family members who are dealing with addiction. In February 2014, she lost her brother, Pete Clark, to a heroin overdose, and in June 2014 she discovered her son, Billy, had become addicted to opioids.

“When I started to go through it there was no one to say ‘You are not alone,'” Morrissey said.

Morrissey said she understands when people feel frustrated and angry with their family members who are addicts.

“I was one person who thought addiction was not a disease,” Morrissey said. “I would question them, asking why can’t they just stop.”

Now, she tries to educate them about addiction.

When someone seeking help goes to the one of the two groups, and those who have been through addiction and recovery can provide advice. Airasian also plans to post helpful articles and videos about addiction.

Morrissey did not expect her son to become an addict. Billy had been a top student in middle school, and got into Boston College High School.

Also when he was there, Morrissey’s son suffered an injury playing football and was given narcotic painkillers, such as Vicodin and Percocet (oxycodone). He kept using them after his injuries.

“He said, ‘They made me feel good,'” Morrissey said. “Not once did the doctor tell us how addictive they are.”

Billy did not like it at BC High, and wanted to come back to Watertown. He dropped out of high school just two weeks shy of graduation, and then moved in with some friends, who were also his drug dealers.

Parents should be on the lookout for signs of drug use. Morrissey said she suspected her son was smoking marijuana, but never thought he took opiates.

“I knew something was wrong with my son. I questioned him but he denied (using) opioids,” Morrissey said.

Father’s Day 2014 was a tough one. That was when Morrissey’s son overdosed and was rushed to hospital. Morrissey said Billy paid for pills, but when he could not afford those, he turned to something much cheaper and easy to get – heroin.

“Drug dealers will come to you!” Morrisey said.

Morrissey does not sugar coat things. She said she works hard not to give up on her son, but battling addiction is a long, difficult road.

Billy went to McLean Hospital for treatment but could only get four days before insurance ran out. He also went to a detox center in New Hampshire, but left before he completed the program. She now hopes to get him into a program through Right Turn, an outpatient program that recently moved from Arlington to Watertown.

“We are hoping this time he is ready. We hope this is the beginning of the end,” Morrissey said. “But I don’t get up hope because I am always disappointed.”

Airasian said there are many strategies for getting clean, and not everyone uses the same one.

“Ten addicts will tell you 10 different ways how they got and maintain a clean time,” Airasian said. “The bottom line is if a person does not want to get clean, it is not going to happen.”

Through Watertown Against Substance Abuse, Morrissey hopes to help people get past the stigma attached to heroin and opiates.

The shame from addiction impacts both the family and the addicts themselves.

“For a year or two my son stopped coming to family functions,” Morrissey said. “When I asked why, he said ‘Because I am ashamed of myself. It hurts me to see what I’m doing to you.'”

Many do not want to linked to the drug, as show by when Morrissey first created the group and called it “Watertown Against Heroin.” Some people did not feel comfortable having the word “heroin” show up in their Facebook feed, so she changed the name.

“Since I changed it I had 200 more people like the page,” Morrissey said.

Airasian agreed, saying that many addicts do not fit people’s images of druggies.

“We need to reduce the stigma,” Airasian said. “Addicts are not all junkies and losers.”

Airasian hopes to help overcome the stigma with a public event that also remembers those lost to drugs. He plans to hold a candlelight vigil in Watertown similar to the one he attended in Medford recently.

“Almost 400 people came. I saw how moving it was, and I plan to do it here,” Airasian said.

On July 27, the Town Council’s Health and Human Services subcommittee will continue discussion on how to battle the opioid epidemic in Watertown. The meeting will be at 7 p.m. in Town Hall.

Find out more about the groups:

Read more about the opioid crisis from Watertown News here:

Two Dead From Series of Overdoses in Watertown Over Weekend

Police Chief Sees Heroin as a Growing Concern in Watertown

Panel: Tough Love Can Help Addict Come to Grips with Their Illness