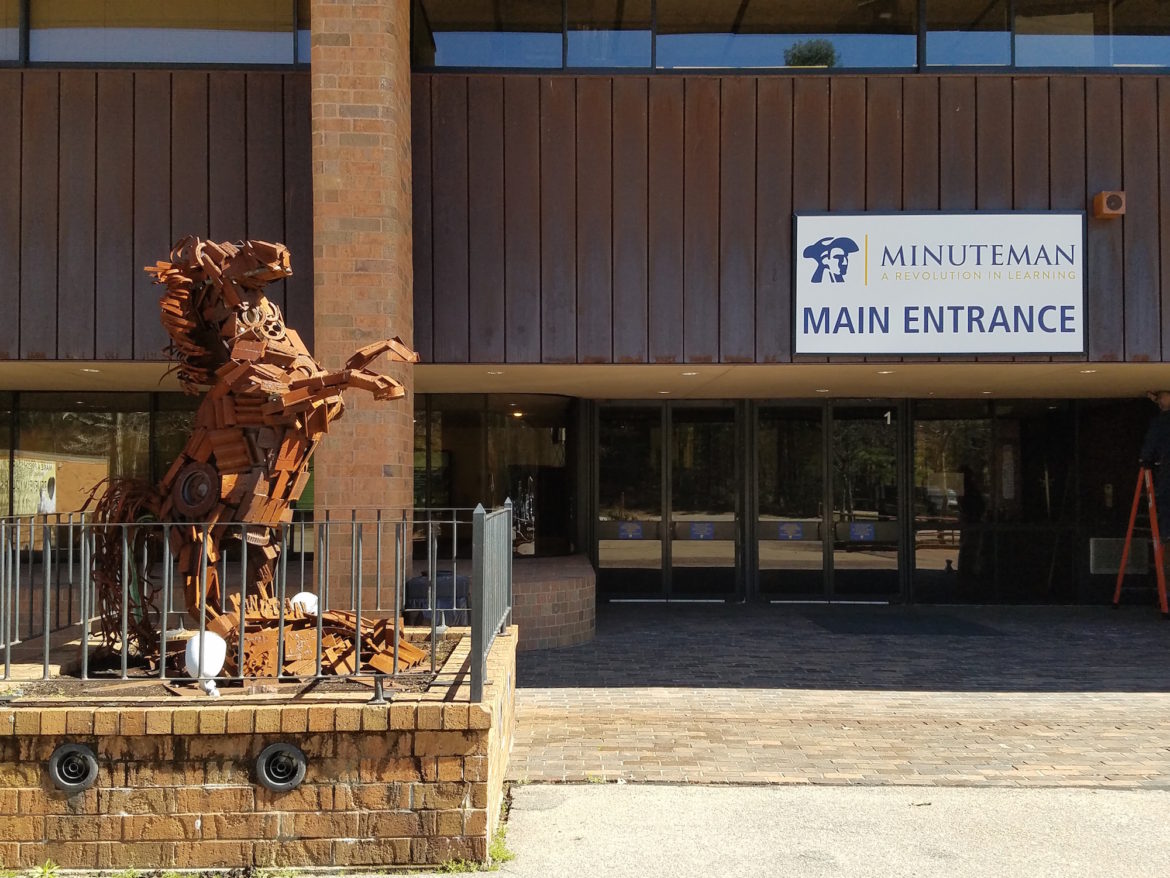 Commencement exercises were held for the Class of 2016 from Minuteman High School in Lexington on June 3 at the Tsongas Center at UMass-Lowell. See the Watertown grads below.The occasion featured memorable speeches filled with farewells to dedicated teachers, sage advice for the future, expressions of appreciation to Minuteman for the valuable education it provided and heartfelt final words for the young men and women who have shared the excitement and challenges of the past four years, the school announced.

Valedictorian Rachel Toups of Boxborough gave an address that imaginatively compared the function and movement of each finger to each student’s own distinctive history and destiny. “No matter the path we choose, be it a career, continued education, or undecided as of yet, I encourage you to see your hand as a symbol of your life,” she told her peers. “Just as our hands are all unique, so too will be the paths we take from here.”

“This school has been our wonderland, because we have done the impossible,” said salutatorian Tristin O’Connor of Bolton, making a reference to Alice in Wonderland. “We have earned licenses, explored work experiences, and made connections with businesses all before we were legal to vote. All that’s left for us to do now is believe in ourselves and take that leap of faith into the real world….”

Likening the choices and unpredictability of life to being dealt a hand of cards, Ms. O’Connor added, “Know that you have the opportunity to make the best out of whatever situation you are dealt. I hope that you always shuffle your deck and play your cards right because you are all able to define your own history.”

Class President Abigail Bucci of Arlington took a nostalgic look back at the past and glimpsed the future with anticipation. “We are staring adulthood in the face, whether we are ready or not. We have spent the past few years preparing for this. No matter what you say, Minuteman has built our character. These years have been about the growth of who we are.”

Gratitude was the theme of Minuteman Superintendent-Director Dr. Edward A. Bouquillon’s remarks. He urged the graduates to pause for a few moments to reflect upon those who helped them reach what he called a milestone. He also explained the gratitude he himself feels toward members of the Class of 2016 for their useful input during the process of preparing a proposal for the Massachusetts School Building Authority which included options such as renovating the existing Minuteman facility, adding space to it, or creating a new school building.

Thanking the graduates for their “energy, creativity and enthusiasm,” Dr. Bouquillon mentioned that they presented viable ideas that even architects and engineers had not thought of. Above all, he acknowledged the fact that “even though you will never be a student in the new high school, you continue to care about it; not for yourselves, but as you said to me, ‘Dr. B., we are doing this for every student coming after us.’”

He said that experience made him think about different, more inclusive methods of problem-solving. “I realized that solutions to problems don’t come from the top in most cases; they come from all of us. You have taught me this and I am grateful to you. You have demonstrated to me that we are linked; we are not ranked.”

Perhaps Class President Bucci summed up the meaning of the day most succinctly of all: “We’ve grown up, now it’s time to start our lives.”

The following Minuteman graduates are from Watertown, listed with their concentration: