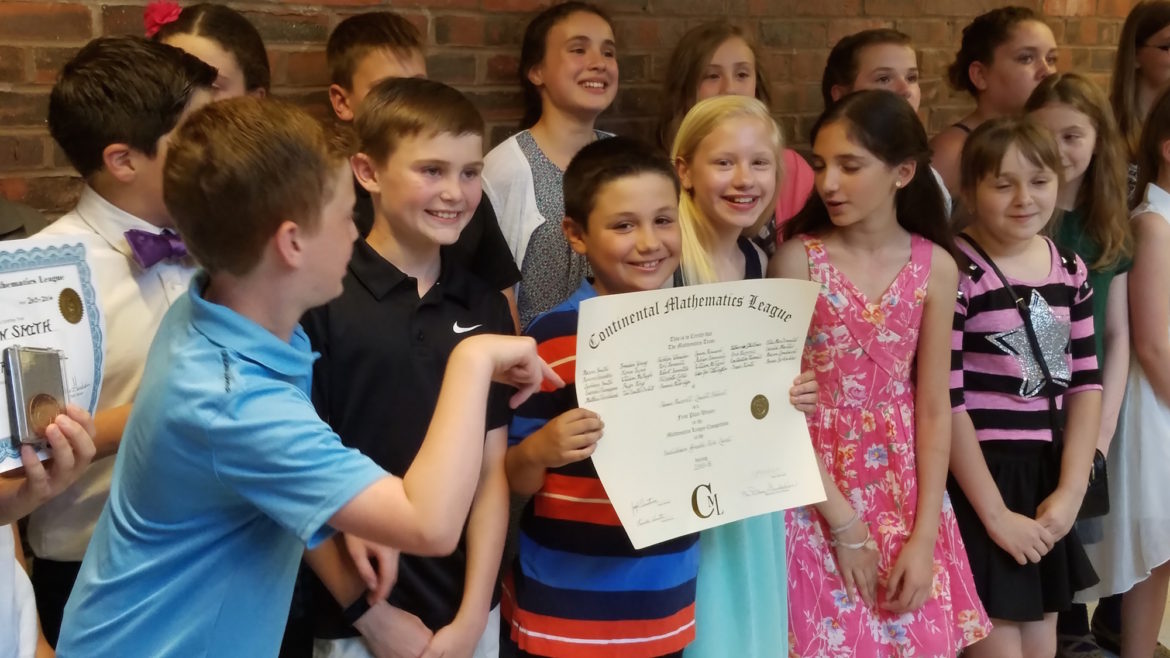 Members of Lowell School's Continental Math League team pose with the certificate honoring them for placing first in the national competition.

Members of Lowell School’s Continental Math League team pose with the certificate honoring them for placing first in the national competition.

A packed room at Watertown High School erupted in cheers and applause when it was announced that Lowell Elementary School’s Continental Math League team finished in first place in the national competition during Monday’s School Committee meeting.

The 27 fifth graders from Lowell took part in five meets through the course of the year, in which they tackle six questions that require “high-level mathematical skills, critical, intuitive and abstract thinking,” said fifth-grade teacher Debra Garabedian, who oversees the Math League at Lowell.

Nationally, more than 400 schools and over 15,000 students participated in the competition. To qualify as a national winner, a school must have a perfect cumulative score of 180 points. This year, the Lowell was one of 13 schools to reach that mark and finish in first place.

Additionally, one of the Lowell students – Mason Smith – tied for the top score nationally by scoring 100 percent on every test.

During the School Committee meeting, Garabedian presented Smith with a certificate for his achievement and unfurled a certificate with all 27 names of the students on the Lowell team. 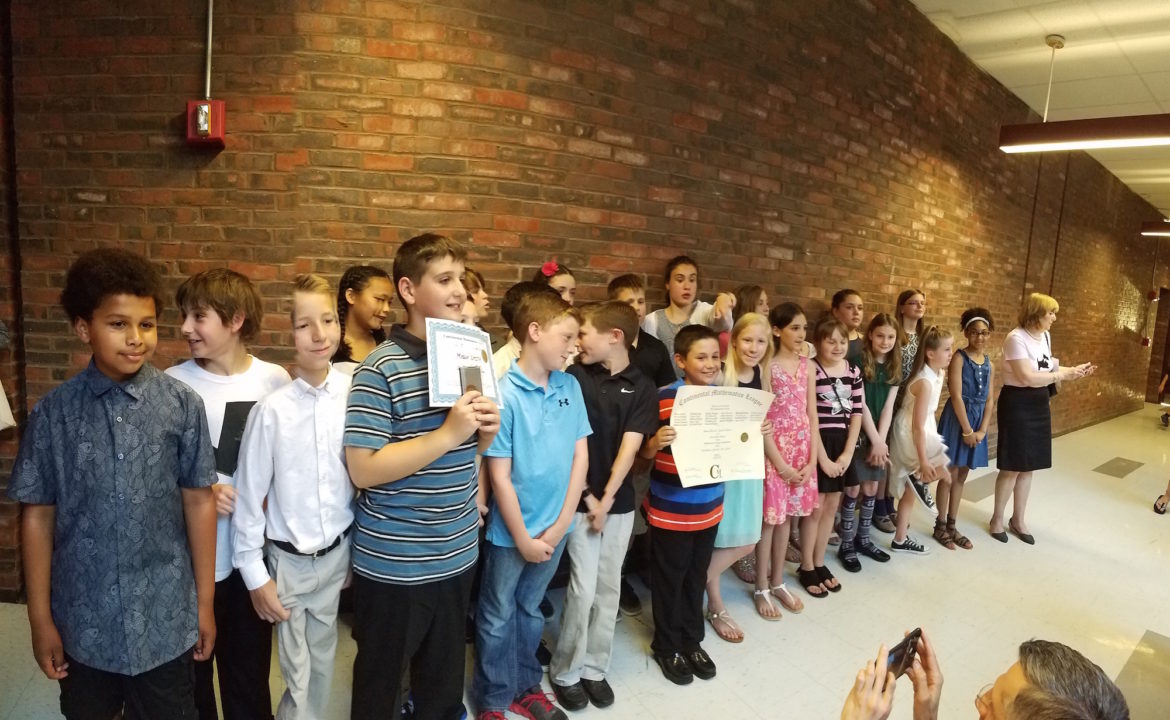 A panorama of the Lowell students who won the Continental Math League, including Mason Smith, in blue holding the certificate for getting a perfect score on all five tests.

This is the second time that Lowell finished top in the nation in the Math League. The school also came in first in 2014.

“I thought it was a once in a lifetime thing, but we did it again!” Garabedian said.

Each student will get a certificate and a medal during the Lowell School graduation ceremony, Garabedian said.

The Math League takes place outside class, and is aimed at students looking for an extra challenge. This year’s group was larger than previous years, and Garabedian said she included some students she hoped would rise to the challenge.

During the recognition at the School Committee meeting she echoed that sentiment.

“It is my believe that when presented with a challenge and the right instruction, children rise to the occasion,” Garabedian said. “They rose to occasion.”

The members of the 2016 Lowell School Continental Math League Team are: