Guests at the Iftar celebration hosted by Watertown Citizens for Peace Justice and the Environment are served food to break the fast during Ramadan.

Guests at the Iftar celebration hosted by several Watertown groups are served food to break the fast during Ramadan.

Last week, a number of Watertown community groups joined organized a dinner to break the fast during one evening of the Muslim holiday of Ramadan which drew a big crowd in Watertown.

Organizers sent out the following statement:

It looks like a new Watertown tradition has been born. On June 8 over 250 Muslims and non-Muslims streamed into St. James’ Mosesian Cultural Center to share Iftar, the evening fast-breaking meal that occurs each evening during the month-long Muslim holiday of Ramadan. Initiated by the Refugee Support Group of Watertown Citizens for Peace, Justice & the Environment, this first-time community-wide event produced an outpouring of support from individuals, churches and businesses. 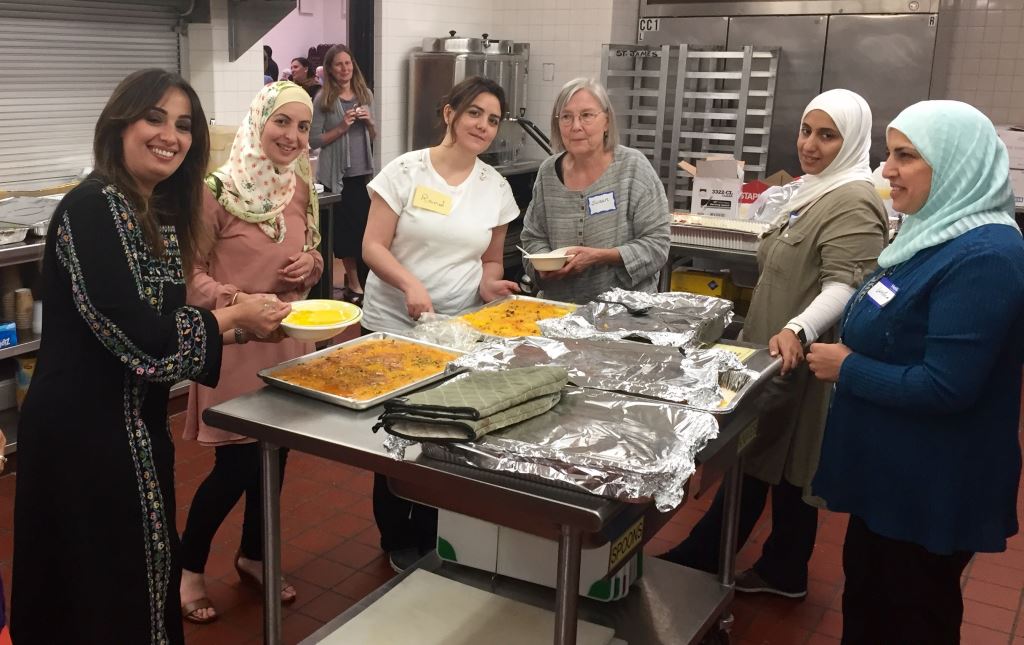 Watertown Citizens for Peace Justice and the Environment

Volunteers get food ready to be served. Many businesses and houses of worship donated to the event.

At the invitation of Refugee Support Group member Amira Elamri, Imam Ismail Fenni of Brighton’s Yusuf Mosque opened the evening with an explanation of the importance and meaning of Ramadan. As sunset neared, he called people to prayer by chanting of the Adhan, giving thanks that “thirst is gone, the veins are moistened, the reward is confirmed, if God wills it.” Attendees were encouraged to sit with people they did not know in order to engage in interfaith dialogue, increase their understanding of one another’s traditions, and make new friends. Dozens of volunteers helped set up and break down, serve food, and engage children in special activities. A germane and beautiful element was added by Watertown artist Sheri Kennedy, who exhibited a set of paintings entitled “Five Pillars of Islam,” in which she conveyed the self-discipline, strength and devotion to family, community and faith that she witnessed in the Hausa people of Niger when she was a Peace Corps volunteer there. 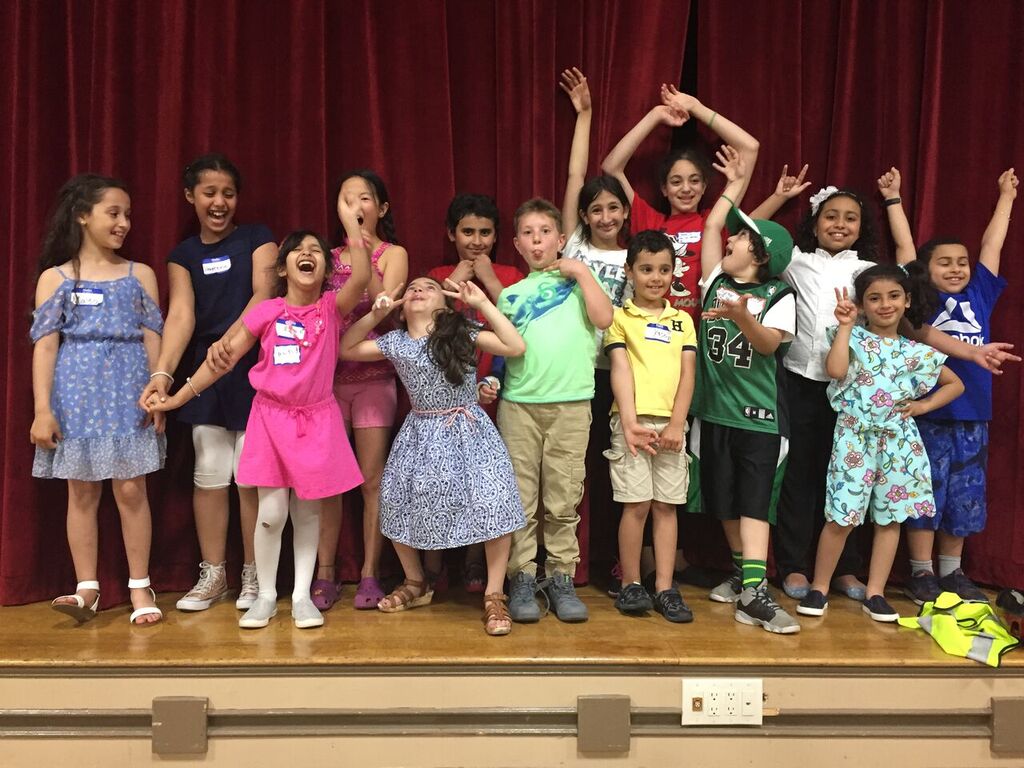 Watertown Citizens for Peace Justice and the Environment

Children have some fun during the Ishtar event at St. James Church’s Charles Mosesian Cultural Center.

By the end of the evening it was clear that the purpose of this celebration was fulfilled beyond the organizers’ wildest dreams. Muslims and non-Muslims reported enthusiastically that they learned new things about different traditions, were delighted to share such a festive meal, and definitely made new friends. Sounds like a perfect prescription for a new Watertown tradition! 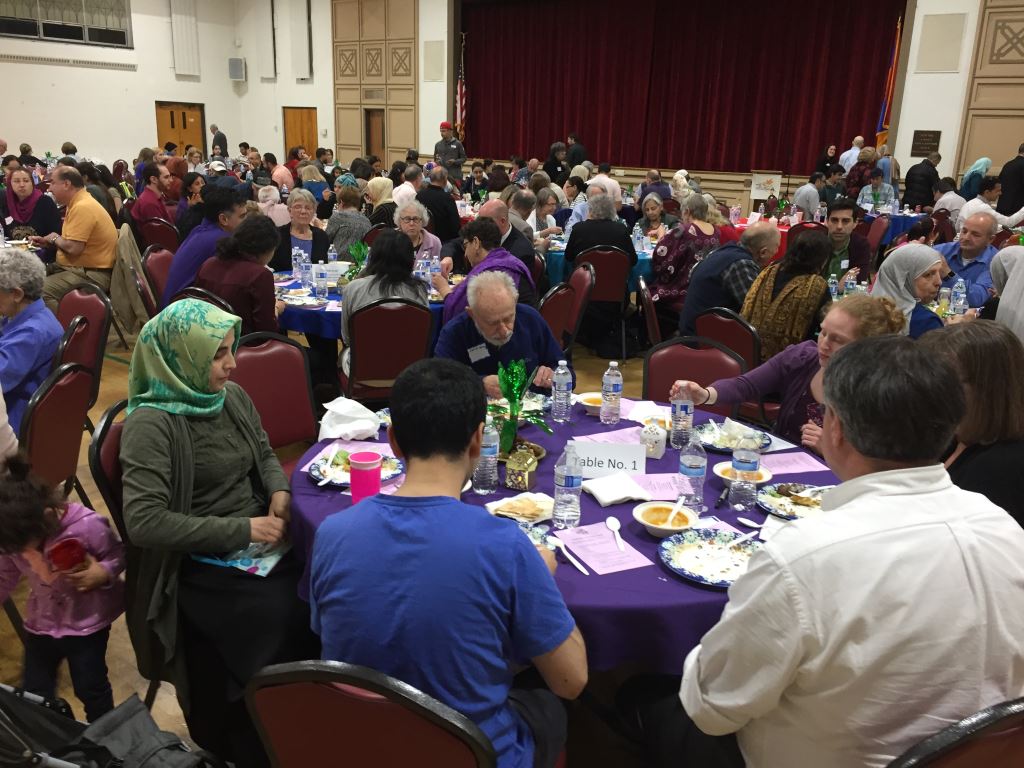 A crowd packed St. James’ Mosesian Cultural Center for the Iftar event organized by a number of Watertown community groups.