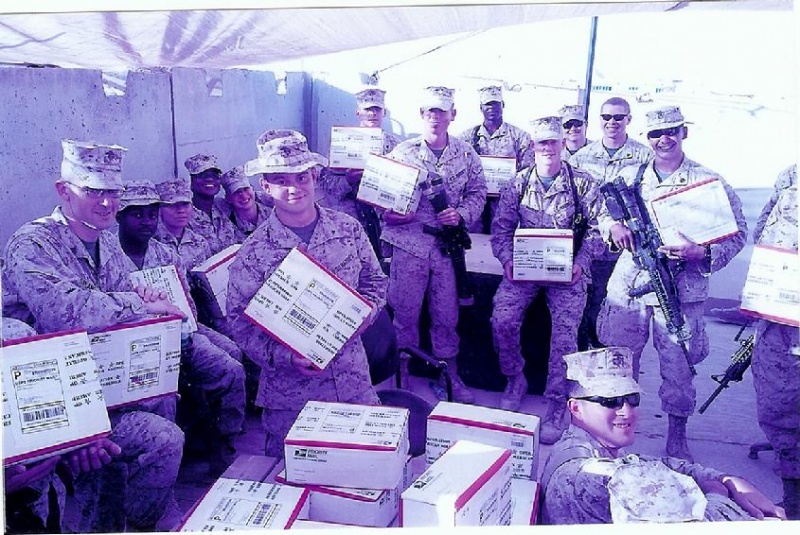 A U.S. Military unit that received care packages from the Watertown-based Operation American Soldier. The recent postal price increase has made it much more expensive to send packages to the troops. 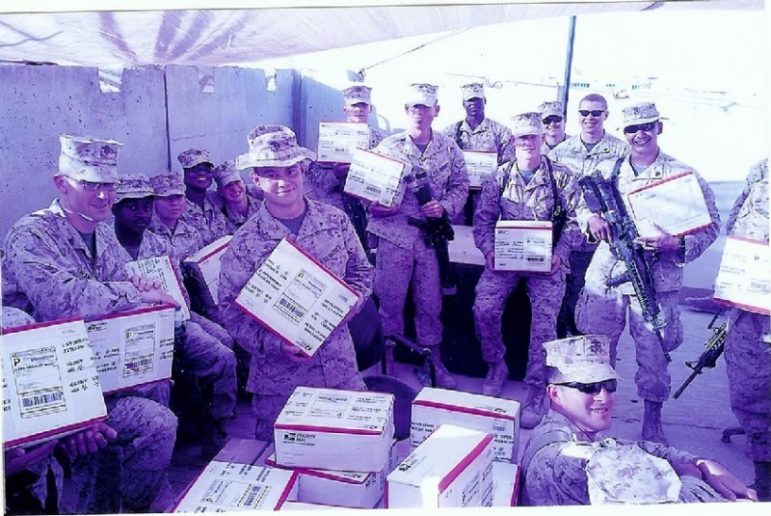 A U.S. Military unit that received care packages from the Watertown-based Operation American Soldier. The recent postal price increase has made it much more expensive to send packages to the troops.

For more than 15 years, Wendy Rocca has been shipping care packages to United States military personnel overseas with the group she founded – Operation American Soldier. When she went to the Post Office this week to pay for the latest shipment, however, she was shocked by the increase in rates for mailing packages to overseas military addresses.

The U.S. Post Office raised rates on Jan. 21, 2018, which was not a surprise for Rocca, it was the amount that caught her off guard.

The price of a first class stamp went up 1 cent, and Rocca found that the average rate increase was about 3 percent, but the increase for her shipments was up more than 31 percent.

Operation American Soldier reached about 1,500 servicemen and women last year, but it is a volunteer organization that depends on donations. In 2016, Rocca was honored by the New England Patriots Charitable Foundation for her work with OAS.

There are always new units shipping out overseas, or which hear about the work of the Watertown group, Rocca said.

“We just got a unit down in Gitmo [Guantanamo Bay] with 33 soldiers,” Rocca said. “And someone just contacted us to ask for support including a shipment of 94 boxes for a new unit in pre-mobilization out of Massachusetts.”

The biggest costs for OAS are shipping and the items in the packages, including toiletries, snacks, magazines and a handwritten card.

One OAS board member is an extreme couponer which helps save a lot of money, and Rocca said she is grateful to the Marine Corps Shutt Detachment in Watertown for allowing OAS to operate out of its house on Mt. Auburn Street. Money, however, is always a concern.

Some years the group has held golf tournaments or a dinner to raise money, but Rocca said she does not believe they will be able to hold one this year.

“I am a full-time real estate agent and I just became a grandmother,” Rocca said. “Many groups like us have shut down. Burn out is a big factor.”

The group does receive donations, Rocca said, including a recent gift of $1,5000 from TJX Corporation. Finding regular sponsors would be a great help, she said.

“I would love to find corporate sponsors who would sponsor postage for a month,” Rocca said. “That would be incredible.”

Individuals can donate, too, by going to the OAS website http://www.operationamericansoldier.org, or by sending a check to Operation American Soldier to 215 Mt. Auburn St., Watertown, 02472.