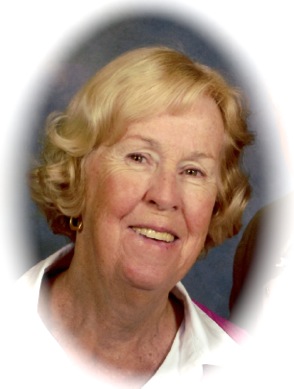 A Funeral Mass for Mary Frances Thompson (Farrell) will be celebrated on Friday February 2, 2018 at 9:00 a.m., in the Church of Saint Patrick, Watertown.

A daughter of the late George Joseph Farrell and Mary Katherine Farrell (O’Reilly). Mary passed away surrounded by her family Saturday morning. She was 83.

She was a devoted parishioner of Saint Patrick Parish in Watertown. Mary received all of her catholic sacraments from Saint Patrick, including marrying her husband Dick there on April 22, 1961.

Mary worked for many years as a teacher in Watertown Schools, most notably as the beloved sixth grade science teacher at the Middle School. She received a Masters Degree in education from Boston State; she received numerous awards for her excellence in teaching, and even obtained a prestigious grant from Framingham
State University. After retiring from Watertown Schools, Mary and Dick enjoyed their winters in Florida and their summers in Hampton Beach.