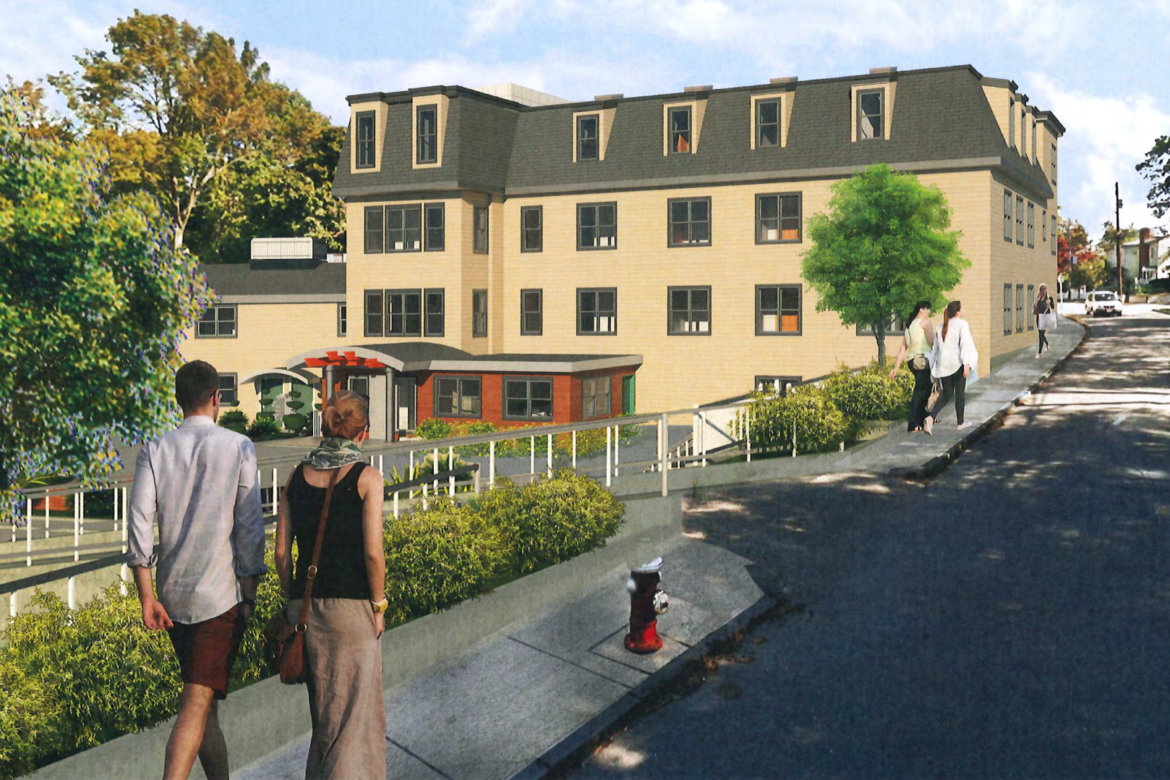 A rendering of the new proposal for 101-103 Morse Street, which now has 36 apartments, down from the original 45. 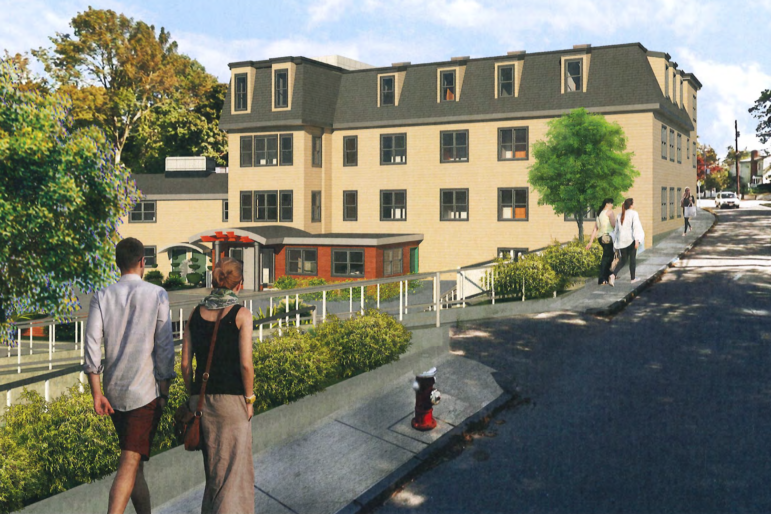 A rendering of the new proposal for 101-103 Morse Street, which now has 36 apartments, down from the original 45.

The third time was not the charm, at least not yet, for developers seeking the approval of the Zoning Board to turn the former factory building into an apartment building.

The developers of 101-103 Morse Street appeared before the Zoning Board in April and June 2017, and were back again last week. Each time the number of units in the development were cut, first from 48 to 40, then from 40 to 36.

The project is located south of Watertown Street in a T Zone (two family). The building, however, started as a factory and then became a massage school, so it is a legal non-conforming use. The new use, a multi-unit residential building, would also be non-conforming, so the ZBA must determine if the use is “significantly less detrimental” than the prior use as a commercial building before approving the project.

Residents and property owners in the area were split about the project.

Erminio Formato, who grew up on Morse Street and still owns a home on the street which he rents, said that he does not think such a big apartment building fits on a side street like Morse Street.

“For me when I think of a residential feel, I am thinking of a single family home, a two-family home. I am not thinking a 36 unit building,” Formato said. “This is a side street, not Pleasant Street, not Arsenal Street.”

Chris Higgins, who grew up, and still lives, next door to the property. His great grandfather worked as a dyer when it was a textile factory, and he said he has seen the changes in the building. He said the massage school and the proposed apartment building are some of the better uses he has seen, adding that the property owner, Kamran Shahbazi, has been a good neighbor and a responsive one.

Katherine MacLeod-Hornbuckle lives across the street from the proposed development and said she could see the building being residential if it had, say, 15-20 lofts, but she opposes having 36 units. She worried how it will impact her home.

“U-Haul trucks, how will they be regulated? Will they use the ramp (outside the building) or will they pull up in front of my property all hours of day, as students and young people do?” she said. “And there will be a lot more Amazon, a lot more UPS (deliveries).”

Joan Vachon, who owns property nearby, said she supports the current proposal.

“It’s less units. It will make the building look better, and the people who live there will be our neighbors and we can only hope they will be as neighborly and like the neighborhood as much as we do,” Vachon said.

Bill York, the attorney representing the developers, said that the project is similar to others in Watertown that have saved older buildings by converting them into residential properties, such as the former St. Theresa’s Church at School Street and Mt. Auburn Street, the  mchurch at Common Street and Mt. Auburn, and the former Coolidge School.

Along with getting approval the building, developers must come up with an agreement to give the public access to a section of the parking lot owned by the Town of Watertown, but which is only accessible by crossing part of the petitioner’s property.

York said the details of an access easement will be negotiated between the property owner and the Town Council.

Zoning Board members had many questions during the hearing, which lasted more than 2-1/2 hours, but said they did not feel comfortable voting on the project.

“I am not convinced that a 36-unit residential development is less detrimental than a commercial space,” said ZBA member Christopher Heep. “There will be increased hours of coming and going.”

Heep also said that some of the units are shaped strangely, and he is not sure if they would be marketable.

ZBA member David Ferris is serving as acting chair in the case because ZBA Chair Melissa SantucciRozzi recused herself. He said there are a number of aspects of the plan that he thinks the ZBA needs more information about.

Some areas he pointed to are whether there is enough natural light and ventilation in all the units, and whether the unique parts of the building have been fully thought out.

“There are units right on the sidewalk,” Ferris said. “Some of the uses of those units, the bathrooms for example, will be very challenging.”

The ZBA voted to continue the case and take it up at its August meeting.