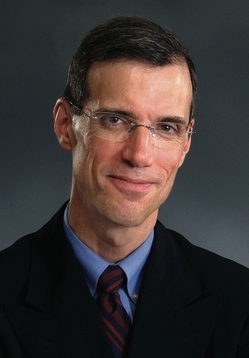 The following piece was provided by State Sen. Will Brownsberger, who represents Watertown, Belmont and parts of Boston:

A federal appellate court ruling has created a difficult situation for some families who rely on “au pair” arrangements for their child care. The ruling upheld the application of the Massachusetts Domestic Workers Bill of Rights to au pair arrangements.

In an “au pair” arrangement, a young person comes from another country to live with a U.S. family. In return for room and board, they provide child care. In many cases, they are treated very well, often as a family members. They have the opportunity to perfect their English and may also be a full time student. They may have light responsibilities, perhaps only after-school pick up and afternoon childcare, but they may make a critical difference for working parents. All benefit from a cultural exchange.

For better or for worse, what historically has been a personal arrangement of trust has grown into a big business. Agencies recruit women from around the world and place them with families to provide child care. They charge the families hefty fees. In some cases, the “au pair” has not been treated as a family member, but as a domestic servant with full-time responsibilities often going beyond child care to include house work. Because the women are on temporary visas, they have limited ability to push back on unreasonable demands and cases of real abuse have occurred.

The legislature followed California and New York and passed a Massachusetts Domestic Workers Bill of Rights in 2014 to respond to a series of troubling reports. The Massachusetts “DWBOR” requires families to treat their au pairs as employees:

Of critical importance, the au pair must be provided notice of these rights and an employer family can be prosecuted if they retaliate against an au pair’s assertion of these rights.

The Domestic Workers Bill of Rights was enacted over 5 years ago, but some agencies who place au pairs have chosen to litigate the new rules, instead of adapting to them. They have argued that weaker federal rules preempt the state rules. The agencies have continued to place au pairs without regard to the rules and, with the litigation pending, the Massachusetts Attorney General has not brought enforcement actions against families.

The recent ruling settles the issue that the Massachusetts DWBOR does lawfully apply to au pair arrangments. Weaker federal rules do not necessarily preempt stronger state rules. For example, the federal minimum wage is only $7.25, but Massachusetts workers benefit from the higher Massachusetts rate of $12.00. The court confirmed that Massachusetts has the power to set standards for domestic workers, including au pairs.

For families who currently have arrangements that do not comply with Massachusetts rules, the change increases costs and paperwork and, in some cases, creates a genuine hardship. I have heard from many families who depend on au pair child care who are distraught and are seeking a legislative exemption from the new rules. While I am deeply troubled that some mutually beneficial arrangements are going to be disrupted by the new rules, I do not support exempting au pair arrangements.

The Massachusetts Domestic Workers bill of rights responded to very real abuses. At the time the bill was under discussion and debate, we considered exempting au pair arrangements but concluded that by so doing we would be creating a significant loop hole that would defeat the purposes of the bill. The bill was passed by a unanimous final roll call in the Senate and by a final roll call of 126 to 22 in the House.

To the extent that some families have been surprised by the ruling, the fault lies with agencies who may have placed au pairs under the old rules and failed to inform families that the new rules were likely to come into force when litigation ended. The legislation was enacted on June 26, 2014 and a full transition period was allowed. We made it effective April 1, 2015.

Recognizing that families are not at fault, the Attorney General is still deferring enforcement as agencies and families sort out the consequences, but all who are affected should plan to move as quickly as possible into compliance. Agencies should be offering to unwind agreements or absorb the costs. I would like to know about agencies who are not taking appropriate responsibility for the transition.

I am also eager to continue to hear from affected families in my district — while I do not foresee any wholesale changes and our degrees of freedom on the details are limited, I remain willing to look for fair and feasible adjustments.

Note re Housing and Living Allowances

I agree that in the context of the homes where au pairs are most likely to be retained, these numbers look low. Yet, I do not think that adjusting these numbers is a promising idea. First, from a practical legislative standpoint, raising these numbers basically means cutting the minimum wage; we cannot carve out au pairs for different allowances. Cutting the minimum wage is not what we are trying to do right now. Second, the truth is that from a marginal cost standpoint, the numbers are not so far off. It does not actually cost a family anything to let an au pair use empty space in the house. Similarly, one more plate at a family table does not necessarily generate the same cost as it would to prepare a single meal from scratch.