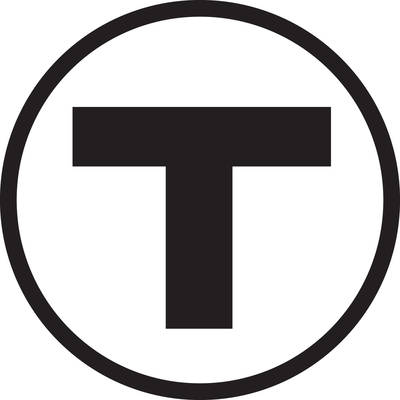 The following piece was provided by the MBTA and MassDOT:

Today the MBTA announced its plans to accelerate infrastructure projects for several subway lines and the Commuter Rail during calendar year 2020 to improve service, safety, and reliability on a faster timeline. These projects will include additional diversions of weekend service on all rapid transit lines and several Commuter Rail lines. In addition to a number of weekend diversions on the Green Line, the MBTA is planning for two one-month shutdowns on the Green Line: the C Branch in July and the E Branch in August.

The 2020 Infrastructure Acceleration Plan will deliver these projects eight years faster than originally planned, and will result in track replacement, upgraded intersections, and station improvements.

In 2019, the MBTA executed a plan to expedite projects for customers, delivering projects 2.2 years faster than originally planned across the Red, Orange, and Green Lines. Much of this work was completed through ten weekend shutdowns on the Red and Orange Lines through the core of downtown Boston. During those shutdowns, the MBTA was able to accelerate improvements by expanding traditional work windows and increasing the number of work activities that took place. Throughout those weekends, the MBTA accommodated customers by increasing existing parallel service while also providing robust replacement service where feasible during the diversions.

“Our administration is dedicated to building a better MBTA for our riders that is safer and more reliable, and the 2020 Infrastructure Acceleration Plan will help to achieve this goal faster,” said Governor Charlie Baker. “The MBTA started these projects in 2019 and will continue a vigorous schedule of construction and repairs aimed to build a system that will move more people from point to point in less time. The T has worked hard to minimize disruptions for riders for the 2020 projects by continuing to provide alternative transportation services and has also developed a new web map so riders can get the information easily during this process.”

In addition to the full-month C and E Branch shutdowns, as previously announced, the MBTA has scheduled an eleven-month suspension of regular Green Line service between North Station and Lechmere starting in May 2020. During the closure, the T will accelerate efforts to strengthen the historic Lechmere Viaduct in coordination with the rebuilding of the elevated segment of track through East Cambridge and the realignment of the track to a new, relocated Lechmere Station, which is being completed as part of the project to extend the Green Line to Somerville and Medford.

“MBTA customers deserve better service faster, but the T can’t deliver on modernization without disruption, including weekday station shutdowns,” said Transportation Secretary and CEO Stephanie Pollack. “During the shutdowns, we will help people get to where they are going on shuttles or other train lines. Most importantly, the temporary inconvenience will be worth it, delivering safer and more reliable service in months instead of years.”

During diversions of regularly scheduled rail service, the MBTA takes steps to provide replacement service to ensure customers can reach their intended destinations. In certain cases, the MBTA increases the frequency of parallel services to accommodate customers displaced by a diversion. In other cases, the MBTA provides accessible shuttle buses – operated by the MBTA or a private carrier – that are specially designed to account for passenger travel patterns during these diversions.

Accessible shuttle buses are provided as mitigation for disruptions caused by investments, and as such, can be used by customers at no charge. While details of shuttle buses will be released in the coming weeks, in general, the MBTA is committed to providing a robust, fully accessible replacement service along with the necessary support for customers including Customer Service Agents and Transit Ambassadors.

“We recognize the need to accelerate core system investments, so our plan for 2020 will result in series of investments that is five times more than what we accomplished in 2019,” said MBTA General Manager Steve Poftak. “The increased work, accelerated investments, and smarter planning for replacement service represents our new normal as we continue to build a better, safer, more reliable T.”

In addition to other ongoing projects, key highlights for 2020 include:

On the Green Line:

· C Branch: A 28-day closure in service for the entire street-level branch (Kenmore to Cleveland Circle) replaced with accessible shuttle buses from the beginning of July to the beginning of August to allow for the replacement of track and upgrading intersections.

· E Branch: A 28-day closure in service for the entire street-level branch (Prudential to Heath Street) replaced with accessible shuttle buses as well as enhanced Route 39 bus service (which operates alongside the E branch on Huntington Avenue) during the month of August to replace track and upgrade intersections.

· GLX/GLT: Green Line Extension and Green Line Transformation work is also taking place for both construction of the new Lechmere Station and work on the Lechmere Viaduct with accessible shuttle buses replacing service between Lechmere and North Stations from May 2020 through April 2021.

· B Branch: Three weekend diversions in June from Boston College to Babcock Street to replace track and upgrade intersections.

· D Branch: Evening and weekend diversions throughout the entirety of 2020 for track and signal improvements as well as work on the Fenway Portal Project.

On the Red Line:

· Eleven weekend diversions in which shuttle buses replace trains between Alewife and Harvard began in January and continue through April to repair 32,000 feet of track (6 miles, including concrete track foundations) and tunnel leak mitigation work.

· South Shore Garage work on the Braintree and Quincy Adams Garages is accelerating with the goal to fully offset impacted parking spaces during construction. Four hundred parking spots will be returned to full use fourteen months early.

· This work will be completed over a year (490 days) sooner than previously scheduled.

On the Orange Line:

· Seven diversions (with the project continuing through 2021) in which shuttle buses replace trains between Oak Grove and Sullivan from October to December to replace 18,400 feet of track (3.5 miles) and associated systems at Wellington yard, modernize three escalators, and upgrade traction power substations (which are 40+ years old).

· This work will be completed 180 days faster than previously planned.

On the Blue Line:

· This work will be completed over two years (760 days) faster than previously scheduled.

On the Commuter Rail:

· Franklin Line: Extended early access and weekend diversions in which shuttle buses replace trains between Forge Park and South Station as well as diversions to local transit services at the Franklin Street crossover.

· The acquisition of eighty bi-level coaches is being accelerated to improve reliability and capacity, replacing the oldest passenger coaches in the fleet.

· This work will be completed over 180 days faster than previously planned.

On the Silver Line and Systemwide:

· Silver Line: Extended early access and eight weekend diversions in which Silver Line buses will run at the street-level to waterproof compartments at Courthouse Station and East tunnels to reduce future leaking and enhance station conditions.

· Repairs are also being made to parking lots systemwide at multiple parking facilities.

· This work will be completed over an entire year (480 days) faster than previously planned.