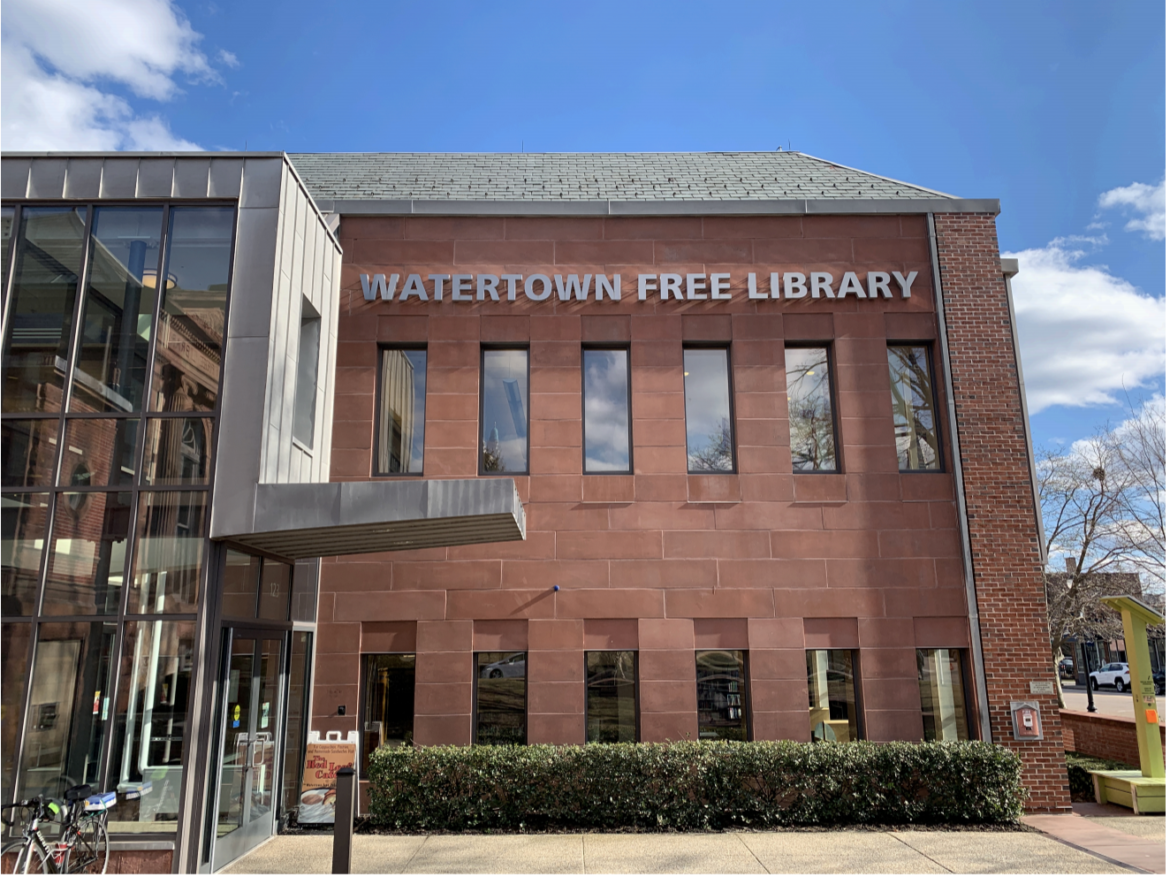 The following announcement was provided by the Watertown Library:

The Watertown Free Public Library has abolished overdue fines for most materials. At their May 5 Board Meeting, the Library Board of Trustees voted unanimously to recommend Town Manager Michael Driscoll eliminate library fines. As a result, fine elimination was included in the FY21 budget which was approved by Town Council on June 29, 2020.

Beginning July 1, fines will no longer be charged for items that are returned late. This applies to any Watertown or Minuteman Library Network (MLN) item checked out at the WFPL. Also beginning July 1, any overdue fines on items checked out from the WFPL will be removed.

There are two instances in which patrons may see charges added to their account. The first is for replacement costs of unreturned items. Once an item is overdue for 2 weeks, the account is billed the replacement cost of the item and the account is blocked from use. It’s easy to get the account back in good standing, though — simply return the billed item to remove the charge and resume library privileges. Money will only ever be collected if a patron is unable to return the item. The second charge that may appear on accounts is overdue fines for items returned late that were borrowed from other library networks (outside of MLN) because fees will be applied to the WFPL from the owning library.

A movement to abolish overdue fines in public libraries has grown popular in the last decade. In 2019, the American Libraries Association (ALA) issued a Resolution on Monetary Library Fines as a Form of Social Inequity which urges American libraries to “actively move towards eliminating fines” asserting that library fines are a barrier to accessing library services.

Of the decision for the WFPL to end fines, Library Director Leone Cole says that she’s “thrilled that we’ve been able to make this step towards a more equitable library experience. Libraries are an important institution for everyone, but for people who struggle financially, contending with monetary penalties can be a real deterrent from using the Library. We don’t want that to happen. So this is our invitation to welcome anyone who has stayed away from the public library for fear of library fines to come back. We’re ready for you.”