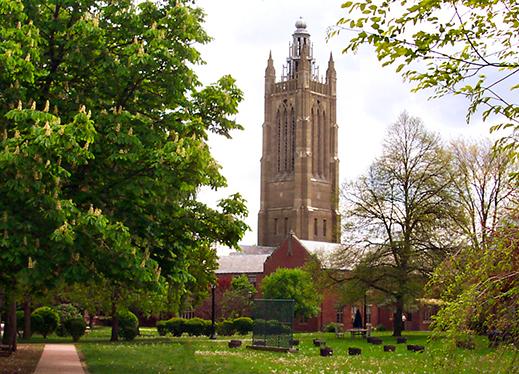 Perkins School for the Blind

The Howe Building at Perkins School for the Blind.

The following piece came from the Perkins School for the Blind Library:

The season of the year can play an integral part of the mood or plot of some fiction. This Recommended Reads list features novels in which the seasons of the year play a large role and provide important background for the story.

People’s personalities and issues can be strongly affected by the season and its associated weather events. One example is the novel Snow by Orhan Pamuk (DB 58863). This title is a very poetic novel, and the constantly falling snow in Turkey provides a vivid backdrop to what the characters are going through.

In literature, writers can use seasons as symbols to express deeper ideas or themes. Thomas C. Foster in “How to Read Literature like a Professor” discusses how writers use different seasons in their work to convey meaning. I hope you enjoy these titles that portray a strong sense of “season.” Digital book (DB), braille (BR), large print (LT), and audio described videos (DVD) copies of these titles are available from the Perkins Library or the Worcester Talking Book Library. Please contact the library to order any of these books.

The Great Gatsby by F. Scott Fitzgerald DB 55714, BR 22712, Available as a BARD Download Against the glitter and recklessness of the Jazz Age, Jay Gatsby makes a desperate attempt to recapture the past and, along with it, the love of Daisy Buchanan. Amid extravagant parties at Gatsby’s palatial estate, his neighbor narrates the story of his obsession with the American dream. This critical edition draws on Fitzgerald’s original manuscript. 1925.

Inland by Téa Obreht DB 96025, LT 26754, Available as a BARD Download 1893. Frontierswoman Nora waits for her husband and eldest sons to return to their Arizona Territory home. Meanwhile, her youngest son is convinced that a mysterious beast is stalking the land around their house. Unrated. Commercial audiobook. 2019.

Prodigal Summer by Barbara Kingsolver DB 51048, BR 15136, Available as a BARD Download At Zebulon Mountain in southern Appalachia, reclusive ranger Deanna Wolfe allows young hunter Eddie Bondo into her cabin and private space. In the valley two other women redefine their roles while championing ecological issues. Some explicit descriptions of sex and some strong language. Bestseller. 2000.

Summer by Edith Wharton DB 18851, Available as a BARD Download This novelette, about poor country people in New England, first published in 1917, deals with a young girl’s rebellion against the petty conventions of the cheerless town in which she lives. 1917.

Summer of My German Soldier by Bette Greene DB 36625, LT 329, Available as a BARD Download Patty Bergen, a twelve-year-old Jewish girl living in Arkansas, is fascinated when a truckload of German POWs arrives to be imprisoned in her small Arkansas town. At her father’s store, Patty strikes up an acquaintance with one of the prisoners, Anton. But she is not prepared for the repercussions when Anton escapes and she hides him. For junior and senior high and older readers. 1973.

Autumn by Ali Smith DB 89049, Available as a BARD Download When she was a child, Elisabeth met Daniel, a neighbor who introduced her to literature and art. Many years later, on the eve of the Brexit vote in England, Elisabeth visits the 101-year-old Daniel in a nursing home, where he dreams of his past. Unrated. Commercial audiobook. 2017.

Cider House Rules by John Irving DB 21531, BR 6178, LT 489, Available as BARD Download Set in rural Maine at the turn of the century, this is the story of Dr. Wilbur Larch, saint, obstetrician, orphanage director, ether addict, and abortionist. His medical practices are hindered and abetted by his favorite orphan, Homer Wells. The novel is based on documents left by the author’s physician grandfather. Strong language and explicit descriptions of sex. Bestseller. 1985.

In the Fall by Jeffrey Lent DB 50270, Available as a BARD Download After serving in the Civil War, Norman Pelham returns home to Vermont with his African American bride, Leah. Some time later, following a visit to her North Carolina home, Leah hangs herself. Eventually, Leah’s grandson sets out to uncover the story of her tragic end. Strong language and some descriptions of sex. 2000.