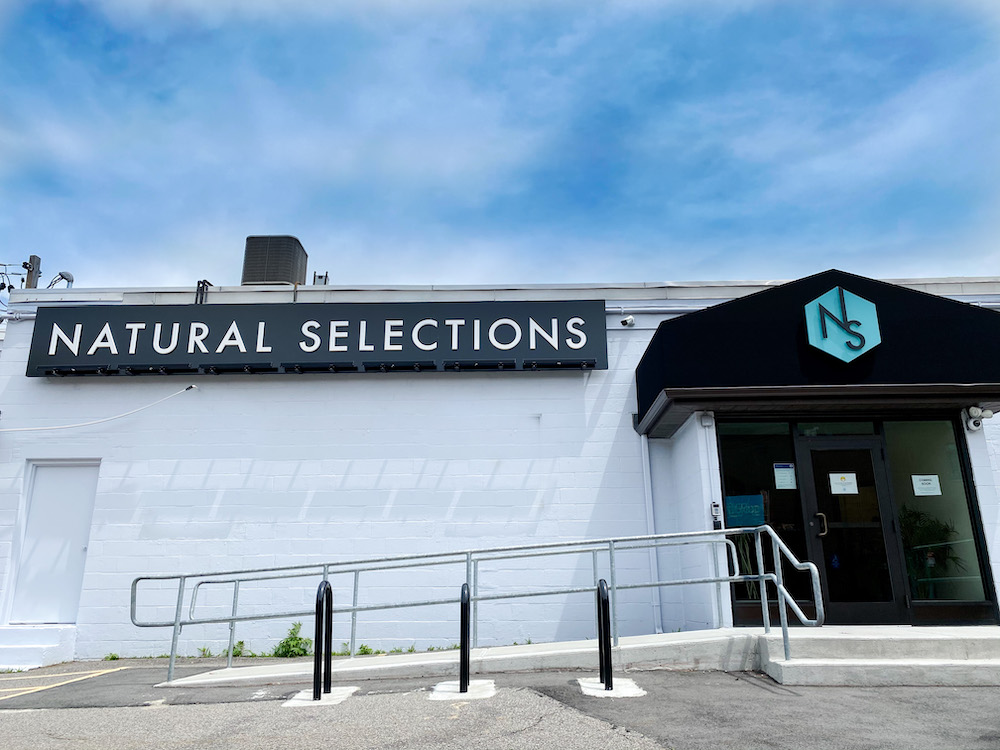 Watertown’s first marijuana dispensary, which has been selling only to those with medical cannabis cards, will start selling their products for recreational use this week. The company also seeks to move to another location in Town.

Natural Selections, located at 23 Elm St. on the Eastside of Watertown, announced this week that they would begin adult-use sales on Dec. 18. The dispensary will be the first in Town to sell cannabis for recreational use, which is open to anyone 21 or older. Previously customers had to have a prescription for medical marijuana and a state Medical Marijuana ID.

Natural Selections, which is now part of Ethos, opened for medical sales in July. The first dispensary approved in Watertown, it first got approval from the Town in May 2017, and it took two years to get approval from the state’s Cannabis Control Commission to open.

Chief Operating Officer Alex Hardy said that Natural Selections will be losing its lease on its current location on Jan. 1, 2022. They want to move to 390 Arsenal St. He noted that Watertown has awarded three licenses for marijuana dispensaries, and spread them across town.

“We are the licensee on the East End of Watertown and we are looking to stay in the East End of Watertown. We are moving just a hair under half a mile,” Hardy said. “It is the old abandoned Monro Muffler. The spot has bene vacant for over five years, it is a bit of an eye sore but we’re going to be putting, if we are allowed, we plan to put in over a $1 million into this site.

“We’ve already put a bunch of money into Elm Street. It’s sad we don’t really get to see that investment pay off. We are going to do it again.”

Hardy shared experiences that Natural Selections has had sine it opened in July. The average transaction time is 6 minutes, and with adult use they expect to get 250 customers per day. Half of the orders are made online, and people come in and pick up their purchases.

The dispensary has not had any complaints, Hardy said.

The dispensary signed a Host Community Agreement with the Town of Watertown that requires them to pay 3 percent of gross sales to the Town as an impact fee for operating in Watertown. The first payment will be made on the anniversary of opening as a medical facility, in July.

Natural Selections will pay a separate impact fee for adult-use sales, which Hardy anticipates will be double the amount for medical sales.

Hardy said the Arsenal Street site would have 29 parking spaces, compared to 22 at the current site. Also, they would make improvements to the traffic flow on the site, and add landscaping.

East End Town Councilor Angeline Kounelis asked if Natural Selections has reached out to neighbors, which include the Mosesian Center for the Arts, which houses the Watertown Children’s Theatre and is located across Arsenal Street. Another nearby organization is Right Turn, which treats people for substance abuse and addiction.

Hardy said Natural Selections had good meetings with those and other neighbors.

“We had a meeting with the MCA, we met with their entire board, talked them through some of our plans,” Hardy said. “I think there are some real opportunities for us to work together.”

“Interestingly, we talked a little bit about his program. They are doing a research study right now using cannabis to help people work though symptoms of withdrawal of people trying to get off of opioids,” Hardy said. “He actually was very supportive of what we are doing. He talked about how in their program, they tell anyone who uses cannabis to get it from a reputable and legal source, such as ourselves.”

Natural Selections also plans to have a Community Meeting soon, possibly on Jan. 6, 2021, Hardy said. He added that he has shown plans for the new location to the Watertown Police.

Most Councilors at the meeting supported the idea of the move.

Councilor Tony Palomba said he likes what he has seen from Natural Selections so far.

“I strongly support this, and I hope the Committee will support it as well,” Palomba said. “The folks have done a wonderful job on Elm Street and I think they been good neighbors. They showed they know how to operate a medical facility and I know they would have done the same if they had operated a recreational facility.”

Councilor Anthony Donato said that he believes the location on Arsenal Street would be better than the one on Elm Street, a side street off of Arsenal.

The fact that Natural Selections reached out to the Police Department and neighbors pleased Councilor Lisa Feltner, who is on the Committee.

Councilor Ken Woodland, who is also on the Committee, noted that Natural Selections has already gone through the approval process for the Town to get a license, and what they are now asking for is to operate in a new location.

The Committee voted 2-0 to recommend that the full Town Council to authorize Town Manager Michael Driscoll amend the Host Community Agreement with Natural Selections (also known as NSAJO Holdings), and that it be contingent on the group holding a Community Meeting beforehand.