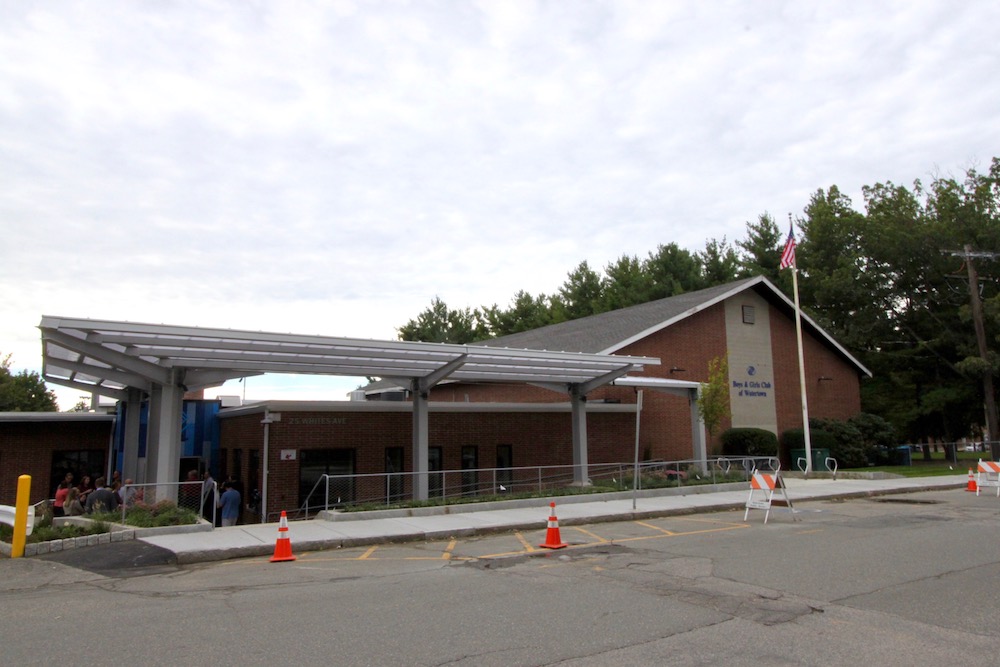 The Watertown Boys & Girls Club has a new look inside and out after the recently completed renovation project.

The following information was provided by SunBug Solar:

Watertown Boys & Girls Club, a local non-profit, has partnered with Rise Up Solar, a philanthropic solar investment firm, to turn rising energy costs
into an opportunity to go green and save big.

After some renovations to the facilities in 2016, the Watertown Boys & Girls Club’s utility bills skyrocketed. Renee Gaudette, Watertown BGC’s executive director, recognized that this extra cost took money away from the kids they serve. The organization had already been investigating a solar solution, but years of searching ended due to difficulty with the roof, some
lofty trees, and a steep initial cost to invest.

Eventually, the Watertown BGC contacted SunBug Solar, a leading solar installer company for small business and nonprofit organizations in the Commonwealth. Fortunately, they knew a business designed for the challenge.

Peter Glick had worked with SunBug years prior for an installation on his own home in Cambridge. He was pleasantly surprised to learn that with available incentives his payback was only six years, and his rate of return was more appealing than what he could find in the financial markets. He mused how this might work for nonprofits.

Without access to significant capital or tax breaks offered to for-profit businesses, nonprofits are at a substantial disadvantage when it comes to solar. Glick set out to find a solution to this problem and came up with a business model that benefits investors, non-profits, and the installers and other vendors involved. He named his business Rise Up Solar.

Glick’s early efforts to find organizations willing to participate were less than encouraging. He tried with 10 organizations he knew, but educating nonprofits on the value proposition was much harder than he’d anticipated. The organizations he approached were highly risk-averse, with a range of concerns involving the technology, the potential impact to their roof, fear of hidden costs and snow build-up, to name a few. When he reconnected with SunBug Solar, a leader among installers serving nonprofit organizations, they briefed him on the Watertown BGC project.

“All of the obstacles seemed to melt away,” said Gaudette. “The initial costs were so prohibitive, but the agreement with Rise Up opened up doors.”

The Watertown BGC signed a power purchase agreement (PPA) with Rise Up, and Rise up then contracted with SunBug to build the system–a 45kW, 120-panel ballasted solar array which sits on the BGC’s flat membrane roof and requires no roof penetrations.

Rise Up will purchase a solar array on behalf of a nonprofit, and will sell the power to the organization at a substantial discount from their current rate–or simply pay the nonprofit to lease their roof space. Rise Up takes the tax credits and incentives, and will own the system until it has generated a modest return. It then gifts the system back to the nonprofit, which receives all financial benefit for the remainder of the solar system’s life, which can easily be 20 years or more.

For the next 8-10 years, the Watertown BGC will save money by purchasing power from the array at a discounted rate. Once Rise Up has recouped its investment with a modest return, the system will be gifted to the BGC, which will then enjoy continued incentive payments for another decade and free electricity for another two decades or more.

“All in all, it’s a compelling win-win,” says Glick, “the nonprofit gets solar and all of its benefits, while Rise Up restores its capital so it can approach other nonprofits with a similar offer.”

The solar solution is a natural fit for the Watertown BGC. “We try to instill a sense of stewardship in the environment,” explained Gaudette. Monitoring the power production serves not only as a financial and problem-solving talking point with the children, but there’s also potential to build out a science curriculum centered around the project.

“You can’t look at the numbers without reacting positively. We’re so impressed with Mr. Glick and his philanthropy,” said Gaudette. “He’s come up with a very smart, long term solution to the needs of non-profit organizations.”

About Watertown Boys and Girls Club

The mission of the WBGC is to inspire and enable all young people, especially those who need their services most, to realize their full potential as productive, responsible and caring citizens. The Club serves approximately 1,000 youth members throughout the year, and also provides activities and services to an additional 1,400 kids through cooperative programs with the Watertown Recreation Department, the Watertown Family Network, and other similar organizations.

About Rise Up Solar

Rise Up Solar enables community-focused nonprofits to harness all of the environmental and economic benefits of solar power. Since solar tax incentives are unavailable to nonprofit organizations, Rise Up Solar bridges the gap. The firm uses a for-profit model with a non-profit mission, channeling the vast majority of solar’s financial benefit to groups that need it most. Further details are available at www.riseupsolar.com.

SunBug Solar is a solar energy consulting and installation company based in Arlington and Westfield, MA. Founded in 2009 and a Certified B Corporation since 2018, SunBug has installed over two thousand solar systems across Massachusetts, from Great Barrington to Cape Cod.
SunBug develops, designs, and installs all types of solar systems including residential and commercial rooftops, carports, and ground-mounts.