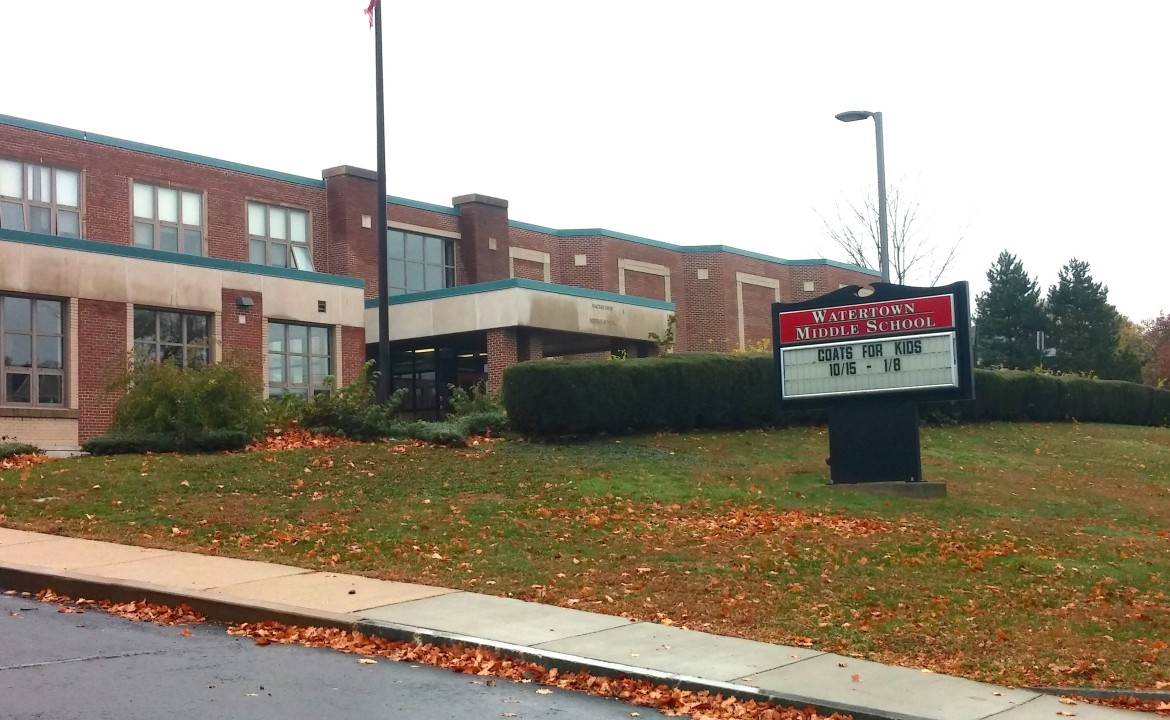 The showing of a video to a group of Watertown Middle School students caused an uproar in Town. The video is being called anti-police and misleading, with some calling for the teacher who showed it to be disciplined or fired.

The video, which was created by MTV, was not sanctioned by Watertown School officials before it was shown during Community Meeting at WMS in February.

Superintendent Dede Galdston said that she cannot share details of a personnel matter, that the Watertown Public School officials are looking into the incident.

“While personnel matters cannot be shared publicly, please know that District leadership will address this incident directly in a way that is consistent with School Committee policies and procedures,” Galdston wrote in a statement released Saturday.

Among the statements in the video that people have objected is the opening line that said that “… police are 99 to 100 percent racist.” (The video can be viewed by clicking here).

The teacher who showed the video, Spanish teacher Ruth Henry was contacted for comment and released the following written statement:

“I know that this is an extremely volatile conversation and I am committed to sharing more dialogue with the community as I am able. For the moment, however, I am looking forward to working internally with the stakeholders involved to explore a mutual resolution.”

Many have reacted to the incident, and some have issued official statements, including school officials, the police union and a group of Town employees.

Superintendent Dede Galdston sent out a letter Saturday apologizing for the incident.

“The video, along with the follow-up discussion, did damage to our school and community, was hurtful to students and families; for that, we are deeply sorry,” Galdston wrote. “The Watertown Public Schools greatly appreciates the ongoing support that the Watertown Police have provided us. We value their continued collaboration with our schools and their work in the community.”

Neither the WMS nor the district administrators knew that the video was going to be shown Galdston wrote, and Henry did not inform her colleague who co-facilitated the Community Meeting.

Galston added that: “Educators are providers of information whose curricular decisions should instruct and inform, not politicize and divide. The incident that occurred during the Community Meeting did not reflect our values and standards.”

Watertown Middle School Principal Donna Martin echoed Galdston’s apology in the WMS Community Bulletin sent out on Sunday. She said that the school seeks to rebuild the trust and safe environment.

“In recent days, I have been working with the teachers of the Community Meeting and discussing how to regain the safe environment that existed before February 11th. They have resumed meeting with students in smaller groups, as well as ensuring the chat is between students and teachers only, and not between students for now. We are planning activities that rebuild the trust of the group so they may work together and support one another cohesively,” Martin wrote.

On behalf of the Watertown Police Association, President John Bartolomucci said that he would not comment on any personnel decision about Henry, but said that he was troubled that the students were shown the video.

“We are however disappointed that a teacher has felt the need to put a personal agenda before the school curriculum,” Bartolomucci said. “We are disturbed by the video in general but more so that it was shown specifically to young children that are at a very tough and vulnerable age.”

He added that the Watertown Police try to foster good relationships with the youth of the Town, including the Cops and Kids after school programs, the Whooley Foundation gift drive at Christmas and Community Bike Patrols. See the entire statement below.

A letter signed by 111 Town of Watertown employees also expressed outrage that the video had been shown, and noted Henry’s ties to the Watertown’s Kingian Nonviolence Training program.

“… we find the contents of the video glaring, misinformed, and all to be shown by Ruth Henry, truly alarming. Henry who, in the very essence of her training, is supposed to be fostering greater community participation, is only creating a greater divide between the Watertown Police Department, and their community, specifically our youth,” reads the letter sent to Town Manger Michael Driscoll, Galdston, and CC’d to the Town Council, School Committee and Martin.

See the letter below:

We see this as a school matter and won’t comment specifically on personnel decisions. We are however disappointed that a teacher has felt the need to put a personal agenda before the school curriculum. We are disturbed by the video in general but more so that it was shown specifically to young children that are at a very tough and vulnerable age. The nature of this video can mold an adolescent’s mind and could blur the lines between fact and fiction. I myself have not been able to watch the entire video due to its many inaccuracies.

The members of this Association make it a priority to attempt to garner new and positive relationships with the youth of the community. Our members strive to be role models and a resource for a safe and supportive environment for all community members. I invite the school department to reach out anytime they feel different about our relationship with the youth in our public schools.

We stand by our positive interactions and relationships with the youth in town and the programs that have been in place for a number of years now, the DARE program, the Cops and Kids after school program, the Police Athletic League (PAL), Shop with a Cop, Girls and Goals, the Boys and Girls Club recreational events, Community Bike Patrols, and the very important Whooley Foundation. Many officers on the force today have been part of those positive and successful programs as children, myself included. All these programs have set a strong foundation of who we are not only as Police Officers but as being adults in this community.

We welcome everyone to be part of these great programs and also welcome the discussion on the great things that we do here for residents of all ages in town.