Members of the Improbable Players perform at Watertown High School. The performers are all recovering addicts. 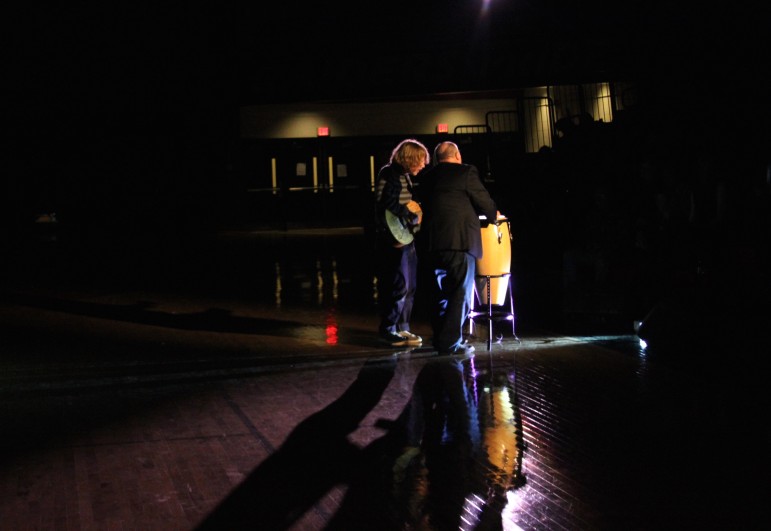 Woody Giessmann, former drummer with the Del Fuegos and founder of addiction recovery center Right Turn performed at the Coming Together to Erase the Stigma event Wednesday.

Comic Jack Lynch had a bit of a hard time getting laughs from the audience at the Watertown High School Gym Wednesday night, but people were focused on a serious issue facing the town – addiction to opiates and heroin.

The program was the main public event for the Erase the Stigma Week, a series of events organized by a recently formed coalition known as WATERtown, (Watertown Access to Treatment, Education and Resources).

The evening featured some very serious discussions of addiction, opioids and other drugs. The underlying message, however, is that addiction is a disease and treatment is available – and it works.

Addiction has taken a toll locally and nationally. This year, 47 overdoses have been reported in Watertown and 10 people have died, according to Watertown Police Lt. Dan Unsworth, who is part of the WATERtown Coalition. 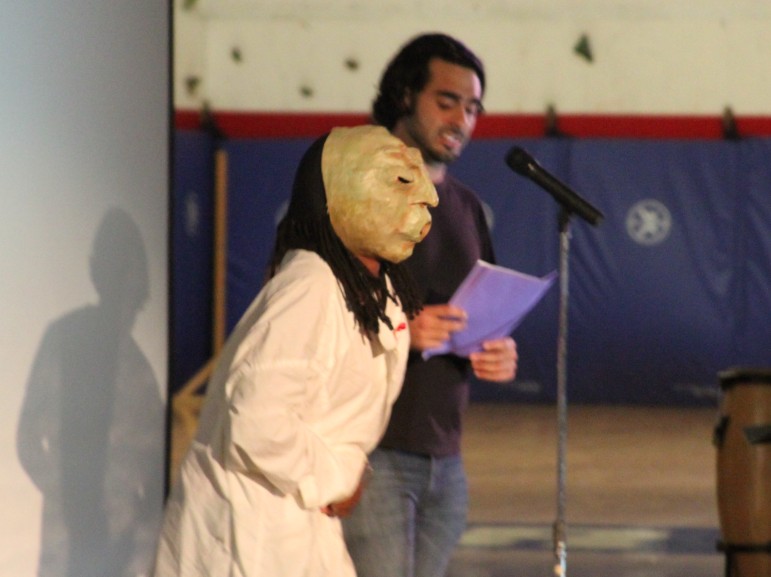 Members of the Improbable Players perform at Watertown High School. The performers are all recovering addicts.

Dr. Laura Kehoe from Mass. General Hospital and Right Turn, said addiction is now the number one health problem in the United States with 40 million people facing addiction, or 1 in 7 people ages 12 and over. Prescription opiates have become a particular problem, and 80 percent of people are getting them from doctors, family and friends, not drug dealers.

Kehoe said people dealing with addiction do not make rational decisions because their brain has been altered by the substance. She stressed it is a disease.

“I don’ know anyone who planned to be drug addicted,” Kehoe said. “No 5 year old says I want to grow up to be a drug addict.”

People can recover, Kehoe said, but it is a long, difficult process. She said one of the biggest hurdles is the stigma around addiction. Even the language used can make a difference, she said.

“We call it substance use addiction, as opposed to substance abuse,” Kehoe said. “People labeled as an abuser is more likely to get punitive treatment than therapeutic treatment.”

Woody Giessmann, former drummer for The Del Fuego, is a recovering addict who now runs Right Turn, a treatment center now based in Watertown.

He performed a song along with another recovering addict.

The hundreds in attendance saw a performance by Watertown-based Improbable Players about addiction, a spoken word performance by Matt Ganem, a poet in recovery from addiction. They also viewed the movie “If Only,” made by Michael Yebba of South Boston about a teen struggling with addiction to prescription drugs. 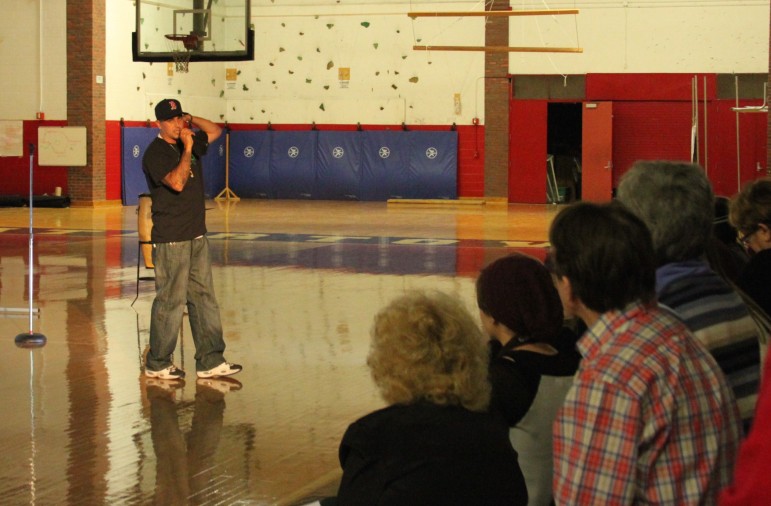 Spoken word artist Matt Ganem performed pieces about his own recovery during Coming Together to Erase the Stigma.

Through the week, all students at Watertown High School saw the movie, and a live performance by the Improbable Players. WHS Principal Shirley Lundberg said both made a strong impression on the students.

The turnout Wednesday night pleased members of the Coalition.

“I think it has created a sense of camaraderie among people,” Rosati said. “This is just the beginning. We’ll have more events and programs.”

Donna Ruseckas, Director of Wellness & Extended Services for the Watertown Public Schools, said the turn out was good, despite being held shortly after the field hockey team’s historic win.

“The turn out is wonderful,” Ruseckas said. “There are not as many high school students, but many of the students who came brought their parents.”

Along with the events in the schools, there was an event at the library for people with family and friends facing addiction, and there were billboards around town.

“We are putting a familiar face in the community, they are folks who are here tonight,” Ruseckas said Wednesday.

The Watertown Police Foundation paid for two of the billboards, Unsworth said, and an anonymous donor donated money for the third. They also good a discount on the billboards from Clear Channel.

Wendy Morrissey, who started Watertown Against Substance Abuse after her brother Peter Clark died from an overdose. She tries to help family and friends of substance users. Morrissey was pleased with how the event turned out.

“I’m very happy,” Morrissey said. “We did a lot of planning for this. A lot of meetings. It was totally worth it.” 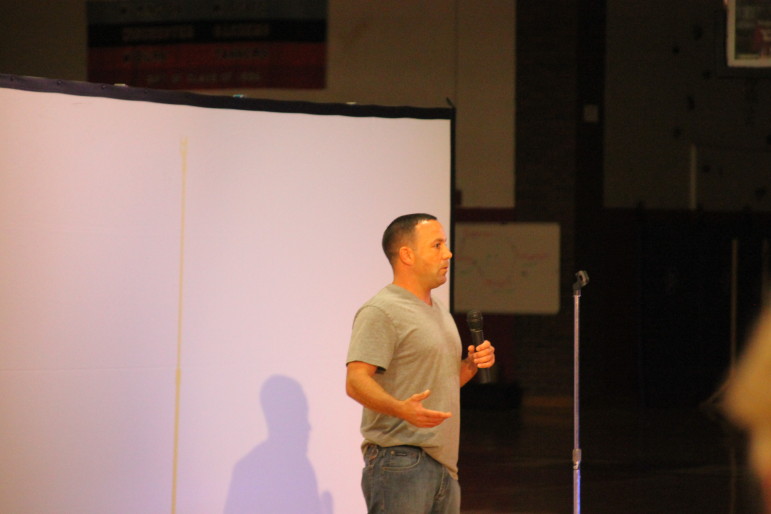 Watertown’s Pete Airasian told his story of addiction and recovery as part of the townwide event at WHS as part of Erase the Stigma Week.

Morrissey and Peter Airasian got the fight against heroin off the ground recently. Airasian, who runs the group Watertown Overcoming Addiction, told the crowd that he started abusing drugs when he was a student at WHS and remembered being more interested in organizing parties than school work.

Eventually, the partying was no longer fun and struggled with his addiction. Even with a supportive family, Airasian said he felt lost.

“I was feeling alone – like no one else is going through it,” Airasian said. “It’s just not true.”

He got clean, and working on programs like the Erase the Stigma week has helped him stay clean.

Airasian encouraged parents to ask the schools to educating children about the dangers of drugs, and for people to push for more access to treatment and for more coverage from insurance companies.

“It is a community effort that will get this turned around,” Airasian said.